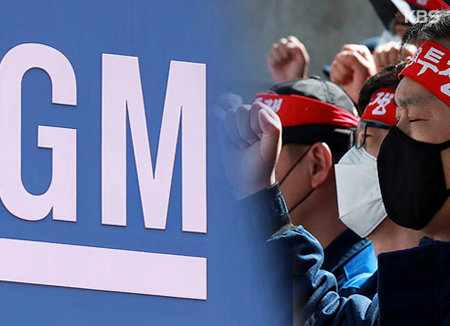 Korean companies such as Kumho Tire, STX Offshore & Shipbuilding and GM Korea have wrapped up restructuring to walk the road to recovery. Unlike in the past, when restructuring was mostly about large-scale layoffs, these companies showed that labor and management could work together to create a new framework for corporate restructuring. Here is Lee In-chul, director of the Real Good Economic Institute, to discuss the new restructuring paradigm in the Korean business community. First, Mr. Lee explains how the Kumho Tire acquisition problem was resolved.

Kumho Tire was once South Korea’s largest tire maker. But it suffered recurring crises of bankruptcy and court receivership before the final decision was made to sell it to a foreign company. The crisis dates back to 2006, when Kumho Asiana Group poured a staggering 6 trillion won into the acquisition of Daewoo Engineering & Construction. Two years later, the group also purchased Korea Express to face a liquidity crisis. Kumho Tire, which was the group’s subsidiary at the time, entered a workout program in 2010. The plan to sell the company to Chinese tire maker Doublestar was postponed due to the labor union’s strong rejection. The union was vehemently opposed to a sell-off to a Chinese company, claiming that Ssangyong Motor was simply exploited as a technology source by Shanghai Automotive, after the Chinese carmaker acquired the Korean firm. But Kumho Tire creditors noted that the company had not even been able to pay salaries to workers due to severe financial drought. They told the labor union that the debt-stricken tire maker would inevitably be placed under court receivership if the company fails to go under Doublestar. At a crossroads between bankruptcy court and the sale of the company to the foreign buyer, the union eventually agreed on the latter.

On April 1, Doublestar’s takeover plan was put to a vote to Kumho Tire’s unionized workers. A majority of the workers voted in favor of the plan, thereby enabling the financially-troubled company to narrowly avoid court protection. The labor union eventually accepted foreign investment because creditors agreed on some safety measure aimed at preventing technology theft by a foreign buyer. The creditors promised to allow the company to manage its local plant independently, restrict the sale of the company for three years and guarantee job security for existing union workers for three years. Accordingly, Kumho Tire signed a deal on the turnaround plan on April 2 to take a significant step toward business normalization. Another notable restructuring deal was made on April 10 for STX Offshore & Shipbuilding. Let’s hear from Mr. Lee again.

The financial structure and amount of orders of STX Offshore & Shipbuilding showed that the company had secured funds that would last until the end of the year. But most analysts assessed that it would be difficult for the shipbuilder to hold out until the year’s end, considering labor costs and various other costs. So the Korea Development Bank, the main creditor bank, demanded that the company reduce 75 percent of nearly 700 production workers. The demand was unacceptable for the labor union. As an alternative to the creditor group’s demand for layoffs, the union suggested that all the production workers go on a six-month unpaid leave for the next five years and accept reductions in wages and bonuses as well.

Meanwhile, the union and management at GM Korea agreed on restructuring plans on April 23 to resolve a months-long row that started with the decision to shut down the carmaker’s plant in Gunsan. The restructuring plans include a wage freeze, non-payment of bonuses and a reduction in annual welfare benefits worth 90 million US dollars. In regards to the maintenance of employment at the Gunsan plant, which was the biggest bone of contention, labor and management agreed to allow the workers at the plant to apply for voluntary retirement and assign remaining ones to work at GM Korea’s other sites such as Bupyeong and Changwon. The three companies—Kumho Tire, STX Offshore & Shipbuilding and GM Korea—all engaged in bitter confrontation between labor and management in the restructuring process. But they managed to avoid massive layoffs by agreeing on unpaid leave, a wage cut and voluntary retirement. It shows a contrast to previous examples of restructuring, as a lot of workers were dismissed by Ssangyong Motor in 2009 and by Hanjin Heavy Industries & Construction in 2010. The Moon Jae-in government’s principle lies behind this change in the restructuring landscape. Here again is Mr. Lee.

The current government’s principle is to carry out restructuring solely from a business point of view, not being swayed by political interests. The recent restructuring cases merit praise, as they were based on this principle. In fact, political logic generally had the upper hand over economic ones in the previous restructuring in South Korea. Shipbuilding and auto industries, which once propped up the local economy, failed in timely restructuring and subsequently lost competitiveness. On the other hand, their Chinese and Japanese rivals have streamlined the management and strengthened their competitiveness through bold mergers and acquisitions or liquidations. South Korea has so far poured more than 20 trillion won of taxes, which amount to 18 billion US dollars, into restructuring for the shipbuilding industry alone. It was common to deal with insolvent enterprises with taxpayers’ money just to save the situation. It is a welcome move, although rather late, that the government advocates restructuring rooted in economic principles.

It comes as no surprise that unions fiercely opposed layoffs, as it is a serious problem that threatens the workers’ livelihood in a nation like South Korea where the social safety net is still inadequate. But the government constantly stressed the principle of nonintervention of politics and insisted that troubled companies draw up a detailed self-rescue plan. As a result, labor and management were able to find a way to survive by sharing pain from a broader viewpoint. But there is still a long way to go, given a pile of pending tasks. Here again is Mr. Lee to explain more.

Timing is highly important in industrial restructuring. Therefore, not government-led restructuring but a market-centered one should come first. As seen in the local shipbuilding industry, previous governments have failed in timely restructuring on the excuse of voter sentiment or employment. They fell short of making any precise analysis of the market and foreign rivals, despite the prolonged economic recession that has lasted over ten years since the global financial crisis in 2008. It is urgent to overhaul the law concerning the injection of public funds to help out insolvent enterprises. The current government’s fiscal deficit may continue to grow, as it plans to increase its welfare budget. That means it will be difficult to push for restructuring through public funds. It is time to settle a new restructuring system based on market principles, whether they are voluntary mergers and acquisitions, liquidations or sell-offs.

Shipbuilding, shipping, steel and petrochemical industries, which had led the South Korean economy, faced a crisis after the 2008 global financial crisis. There were rising calls for resolving the problem of insolvent companies quickly to sharpen industrial competitiveness overall. But the government missed the golden time for restructuring as it used public funds whenever a crisis erupted. For another economic take-off of the nation, industrial restructuring cannot be delayed any longer. To solve this problem, the government has presented a two-track economic policy. Let’s listen again to Mr. Lee.

The government is opting for a two-track strategy. On the one hand, it is formulating ways to enhance competitiveness of troubled industries. On the other, the government will exempt or postpone existing regulations for the fourth industrial revolution-based industries. The government should quickly legislate a bill on the introduction of a regulatory sandbox in order to foster the development of new technologies and products, such as financial technology or fintech, drones and self-driving vehicles. In brief, the two-track strategy is to speed up restructuring of marginalized businesses, while eliminating industrial boundaries to nurture new growth engines. By implementing the strategy in earnest, South Korea will hopefully be able to lift its declining potential growth rate.

We’ll have to wait and watch how the new corporate restructuring paradigm and the government’s future-oriented economic policy will boost the nation’s industrial competitiveness.