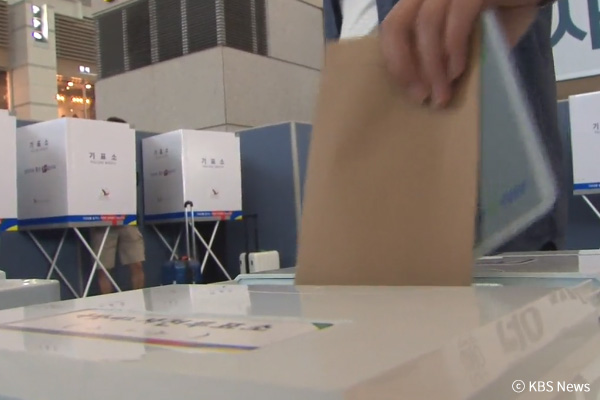 Major economic indicators announced last week show how President Moon Jae-in’s economic policies, known as J-nomics, have been performing during his first year in office. There are growing calls to examine the Moon government’s economic policies advocating the income-led growth theory, which assumes increased household income would improve income distribution and spur domestic demand. Here is Choi Bae-geun, economics professor at Konkuk University, to discuss the current situation of the Korean economy and possible measures to improve it.

President Moon presided over a meeting on May 29 to inspect the trend in household income. Statistics show that the average income of the bottom 20 percent decreased eight percent in the first quarter of this year, compared to the same period of last year. This is discouraging news because even increased income would not be enough for low-income households to secure adequate money for spending. In contrast, the top 20 percent saw their earnings grow nine percent, resulting in an even wider income gap. Basically, the Moon government’s people-centered economy and income-driven growth are about boosting income levels among low-income families. It is easy to guess that the deteriorating income disparities came as a shock to the president.

President Moon convened an unscheduled economic meeting on May 29. The emergency meeting came after statistics showed that the income of the lowest income bracket fell by eight percent year-on-year in the first quarter of this year to represent the sharpest drop since 2003, when relevant data began to be compiled. This is a distressing result for the government, which has supported its income-driven growth policy, starting with hikes in the minimum wage. The previous day, on May 28, the president held a meeting with his chief aides and instructed them to examine the income-led growth plan and job creation. Smooth operation of factories will create more jobs, which will lead to higher income. But factories in the nation ran at an average of 70 percent of full capacity in March this year, the lowest since March 2009, while the unemployment rate was above four percent. Contrary to the Moon government’s initial goals, jobs have not been added and income polarization has worsened, raising concerns over adverse effects of the government’s income-led growth drive. But according to Professor Choi, there are some positive indicators as well.

According to the Bank of Korea, South Korea’s consumer confidence rebounded in May after five months of losses that started in December last year. The result is based on a survey of people’s sentiments on future economic conditions. The central bank said that an improvement in relations between South and North Korea, as seen in the inter-Korean summit in late April, and rising expectations for local builders to join development projects in North Korea, boosted consumer confidence. Also, the Korean stock market is faring well, which is encouraging news for local stock investors.

The composite consumer sentiment index was on a downturn from last December to April this year, but it stood at 107.9 in May, up 0.8 point from the previous month. A reading above 100 means more people are optimistic than pessimistic about the economy. The nation’s industrial output has also shown signs of improving. Let’s hear again from Professor Choi.

On May 31, Statistics Korea said that the nation’s industrial output rebounded in April from the previous month on the back of the consistent rise in demand for semiconductors and increased outbound shipments of auto parts. In fact, the Korean auto industry is faced with great difficulties, with its market share falling in the global market. Fortunately, auto exports to Europe in April revived considerably, contributing to an upturn in auto parts production and a subsequent improvement in the average manufacturing capacity utilization rate. Still, we should not let our guard down, since retail sales declined, and corporate facility investment also continues to fall. In this sense, I’d say economic conditions are tough.

South Korea’s industrial output in April rose 1.5 percent from a month earlier. The gain was the largest in 17 months since the 1.6-percent increase posted in November 2016. The positive result was attributed partly to a rise in production in the chip-making, auto-making and construction sectors. On the other hand, consumption and investment decreased. Retail sales, a barometer for private consumption, dropped in April after three months of growth, and facility investment fell for two consecutive months. Apparently, negative indicators have improved, while positive ones have worsened, making it even more difficult to analyze the economy correctly. Here is Professor Choi to talk about how there are mixed projections about South Korea’s economic growth this year.

The Organization for Economic Cooperation and Development or OECD predicted that the Korean economy would grow three percent this year. For next year, it also maintained its growth forecast at three percent—the same rate projected by the South Korean government and the Bank of Korea. But we need to note the outlook put forward by the Korea Development Institute or KDI. Late last year, the government-run research institute forecast that the Korean economy would expand by 2.9 percent this year, lower than the government’s projection of three percent. KDI maintained its forecast in its latest outlook report, although the National Assembly passed the 3.8 trillion won supplementary budget bill. Of course, the institute didn’t expect it when it announced its economic outlook last year. It could have raised the growth forecast in its latest report in consideration of the supplementary budget, but it didn’t. That means the think tank assumes the economic outlook for this year is even worse than its initial prediction.

On May 31, the OECD and KDI maintained their previous growth forecasts at three percent and 2.9 percent, respectively. But a close analysis of the reports shows some alarming signs. The OECD cited the possibility of growing trade protectionism and slow construction investment as risk factors for the Korean economy. KDI, on its part, predicted that the supplementary budget and the government’s employment policy might expand private consumption but the effect will diminish next year. It also pointed out the possibility of sluggish exports as a result of the unfavorable business environment both inside and outside the nation. Here again is Professor Choi.

The external environment is becoming increasingly unfavorable. The eurozone crisis is emerging again and there are worries about Italy’s possible eurozone exit. The U.S. stock market is fluctuating, as U.S. investment banks that have invested Italian bonds are suffering from losses due to a plunge in such bonds. Inside Korea, growing household debt still remains a big problem, and polarization is deepening. In this situation, I think the government should complement its income-led growth policy in order to strengthen economic fundamentals. The policy is indeed a positive initiative. But it is necessary to minimize its side effects and maximize its benefits. To this end, the government should vitalize the industrial ecosystem and also create many more decent jobs.

As a means of resolving polarization and prolonged low economic growth, the Moon government presented an income-driven growth policy, which could improve economic vitality in a fundamental way. Amid the confusing economic indicators, however, the government needs to re-examine its economic policies and modify some parts, if necessary, to push for innovation-led growth effectively.