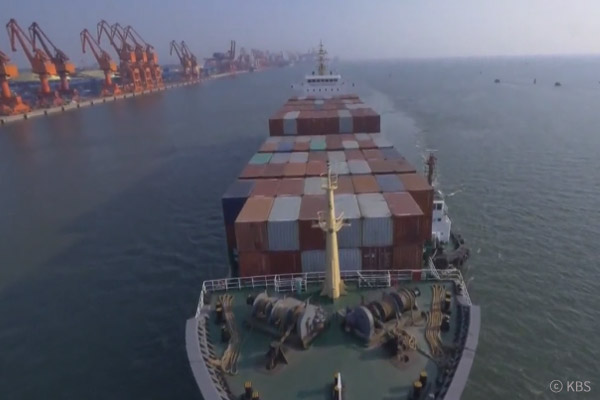 U.S. President Donald Trump has threatened to impose new 25 percent tariffs on 1,102 Chinese products worth 50 billion US dollars from July 6. The measure is based on Section 301 of the U.S. Trade Act. In a tit-for-tat move, China also decided to slap 25 percent tariffs on U.S. goods worth 50 billion US dollars. In response, Trump directed the U.S. Trade Representative’s office to draw up a list of 200 billion US dollars’ worth of Chinese products for an additional 10 percent tariff. The White House made it clear that the U.S. would not avoid a trade war with China unless Beijing changes its unreasonable trade actions on U.S. goods. But China is unlikely to back off right away. If the U.S. introduces a new tariff in the ongoing trade war, China will vow retaliation of equal scale, making the situation increasingly difficult.

The U.S. and China held three rounds of trade negotiations, and they seemed to reach some sort of compromise. But on June 15, Trump announced that 50 billion dollars’ worth of Chinese goods would be subject to 25 percent tariffs starting July 6. China never remained silent. It said it would impose retaliatory tariffs on U.S. products of the same value. And on June 18, Trump, again, threatened to retaliate by imposing 10 percent tariffs on 200 billion dollars’ worth of Chinese products if China presses ahead with its tariff plan. The announcement drew a strong backlash from the Commerce Ministry in China. Obviously, bilateral trade conflict is only heightening, casting a dark shadow over the global economy. Mr. Cho continues to explain.

Fears of the U.S.-China trade war plunged global stock and crude oil markets into turmoil. In China, which has more to lose in the trade war, the benchmark Shanghai Composite Index has fallen below the psychologically important level of 3,000 points for the first time in two years. Some Chinese shares listed on the foreign bourse have also tumbled. Stock markets in other countries have also fallen, with a noticeable drop in automobile-related shares. That’s probably because investors in auto-related stocks felt increasingly uneasy as Trump announced import tariffs on autos and auto parts. The tariffs, when imposed, will inevitably take a toll on countries that export a large amount of vehicles to the U.S., such as Japan, Germany and South Korea.

Global stock markets mostly retreated on June 18 out of concerns over a trade war between the U.S. and China, with those in China, Taiwan and Hong Kong plunging more than six percent. Apparently, worries about a possible brake on global economic growth dampened investor sentiment. Mr. Cho says South Korea is no exception.

The global financial market and the foreign exchange market are fluctuating due to the concerns over the possibility of an all-out trade war between the U.S. and China. Clearly, investors have been influenced by the spreading risk-off sentiment. In the Korean stock market from June 5 to 20, foreigners sold a net 1.32 trillion won, which is over 1 billion US dollars. A stronger dollar trend is seen in the global foreign exchange market, as more investors are turning their eyes to U.S. government bonds, which are considered a relatively stable asset. Countries that rely heavily on trade and those with high economic dependence on China in relation to their GDP are expected to be hit hardest by the deepening trade war between the U.S. and China. Some currencies, including the Australian dollar, the Taiwanese dollar, the Korean won, the Singaporean dollar and the Malaysian dollar, are feared to see a steep decline in their value.

Last week, the Korean stock market dipped to its lowest point in nine months and the Korean won was pushed to a seven-month low. The faltering Korean stocks and currency are attributable to global investors trying to avoid risky assets upon news of intensified trade war between the G2. Worse yet, the dispute will affect Korea’s exports negatively. Here again is Mr. Cho.

China and the U.S. are South Korea’s two biggest trading partners. If trade conflict arises between the two world powers, the volume of international trade will decrease, dealing a serious blow to the export-driven South Korean economy. A setback in China’s exports to the U.S., in particular, will immediately inflict damage on South Korea’s exports to China. Of course, there is still some time left before the U.S. takes action on July 6. Korea is definitely looking forward to some compromise between the U.S. and China, but Mr. Cho says that Seoul needs to come up with its own countermeasure.

The trade conflict between the G2 will only hurt each other and also hit the global economy hard. The war without any winner should stop so that the world economy can continue to expand and the global stock market becomes stable again. Contrary to these expectations, though, Trump is likely to try to remedy what he calls a trade imbalance and actively protect the U.S. intellectual property ahead of the U.S. midterm election later this year, under the slogan of “America First” and “Revival of a Strong America.” With increasing uncertainties anticipated for trade relations between Beijing and Washington, South Korea needs to spread out risks by diversifying its export markets and expand the communication channels with public and private trade officials in the U.S. The government, the private sector and the academia in Korea should jointly devise a contingency plan to prepare for a worst-case scenario, in consideration of the trade-dependent Korean economy. They also need to prepare against the possibility that the U.S.’ trade measure targeting China may expand to South Korea.