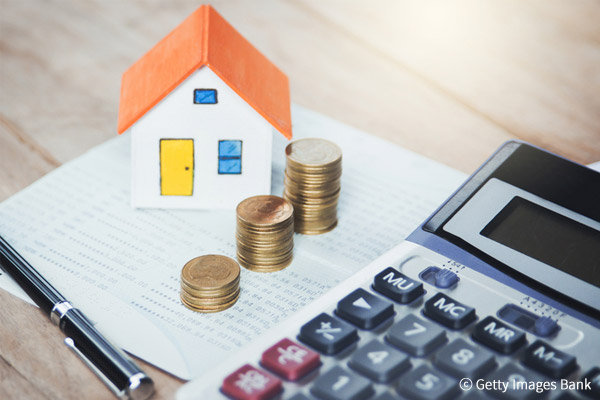 South Korea’s real estate tax reform has taken shape. On July 3, a presidential committee on fiscal reform submitted its recommendations for tax reform proposing to raise taxes for people with high-priced real estate and with financial assets. Here is Park Won-gap, real estate senior analyst at KB Kookmin Bank, to examine what the recommendations are all about and their potential effect on the market.

The property tax reform, which is a hot topic in the real estate market in the second half of the year, is shaping up. The most attention-grabbing part of the reform plan unveiled by the fiscal reform committee is the comprehensive real estate tax, which will be reformed for the first time in ten years. The committee proposed to raise the fair market value rate by five percentage points every year over the next four years so the current rate of 80 percent will increase to 100 percent in 2022. Different versions of the tax also apply to vacant land and commercial or office land space. The new proposal calls for raising this tax and a tax on income from property leases as well.

According to the committee, the number of comprehensive real estate taxpayers fell by 47-point-three percent since the tax revision in 2008. As of the end of 2015, the rate of the property holding tax to the GDP dropped to zero-point-eight percent and the effective tax rate of property holding tax was zero-point-16 percent. The figures are significantly lower than the OECD averages of one-point-one percent and zero-point-33 percent, respectively. The new comprehensive real estate tax is estimated to affect 346-thousand home owners and generate one-point-one trillion won or about one billion US dollars in tax revenue. The proposed tax overhaul is expected to place a heavier burden on people who have multiple homes. Mr. Park explains.


Many owners of multiple homes are expected to find a breakthrough by registering themselves as landlords with rental businesses and show greater interest in high-yield real estate such as small buildings and stores. When the Roh Moo-hyun government decided to impose a higher comprehensive real estate tax on multiple home owners in 2005, money flooded into commercial properties, as far as I remember. Amid rising interest rates and sluggish consumption, I imagine investors will continue to focus on areas with a large floating population. Owners of multiple homes may seek to diversify their asset portfolio by reducing the number of their houses.

Despite the announcement of higher taxes on high value properties, the real estate market has yet to show any signs or adverse effectsBut the new plan may prompt multiple home owners to sell some of their houses and invest in stores or officetels instead for a lower tax burden. An “officetel” refers to a multi-purpose building with residential and commercial units. Even so, housing transactions are expected to decline, due to a series of real estate policies that have been released since last year and a possible increase in property taxes. Moreover, the committee has also proposed to levy more taxes on people with large financial incomes, increasing the tax burden further. Mr. Park continues.

The committee has recommended lowering the threshold for the comprehensive financial income tax to ten million won from the current 20 million won. In 2016, about 90-thousand South Koreans were subject to the comprehensive financial income tax. But the tax change will affect around 310-thousand people, and the number of people who will be subject to the tax will rise from 90-thousand to 400-thousand. The government and the ruling party are reluctant to accept the proposal, saying that lowering the standard to ten million won might be too drastic since the affected people will include retirees and middle class earners as well…
So the government may not follow the committee’s recommendation.

This proposal aims to improve equality in taxation, considering that the top ten percent of earners are capturing more than 90 percent of financial income. But the Ministry of Strategy and Finance says that it is difficult to accept the committee’s proposal to execute the plan from next year. The financial income tax change will deal a blow to a number of retired people who live on pensions or rental income, and a heavier tax burden may affect consumption negatively. Bearing these concerns in mind, the government and the ruling party seem to be taking a cautious approach. Mr. Park says that it is necessary to adjust the speed when imposing higher property, financial income taxes.

In about 40 real estate adjustment areas, including Seoul, owners of multiple homes face 52 to 62 percent of the capital gain tax rate when selling their homes. In the case of those who have owned homes for a long time, they should be exempt from paying the tax. But even if they want to sell their houses because of the property tax burden, they actually can’t, due to the high capital gain tax. In a phrase, they are caught between a rock and a hard place. The government should supplement the capital gain tax so multiple home owners can find an exit. I think the basic direction of property tax reform has been set properly. But a hasty implementation may spark tax hike resistance or produce unexpected victims. It is necessary to carry out the plan more flexibly in consideration of various factors, including the market atmosphere.

Based on the recommendations, the government will submit its tax reform plan for next year to the National Assembly’s regular session in September. It plans to wrap up the legislation procedure within this year and start implementing the plan next year. The key is how the tax change will influence the real estate market and the economy. The Moon Jae-in government is simultaneously pushing for two goals, namely, securing taxation equality and stabilizing the housing market.

The success of the real estate tax reform will be determined by how the government handles the situation.