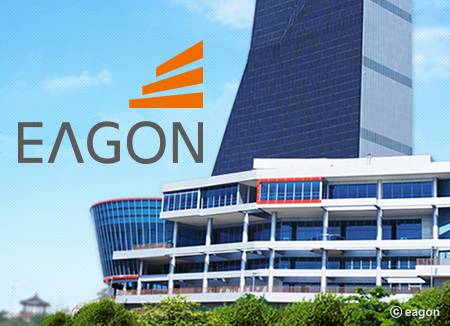 Now it’s time to take a look at a Korean business leading the global economy with new ideas. Today, we’ll meet with Eagon Windows & Doors, which has received the Passive House Institute or “PHI Component Certification” in the “vacuum insulating glazing” area for the first time in the world. Let’s hear from Ahn Jeong-hyuk, head of the R&D center at the company.

A passive house refers to a building that focuses on energy efficiency by using high-tech components. The Passive House Institute certifies and manages excellent building components. Products that carry the Certified Passive House Component seal show that they are recognized for their commercial potential and that they can be used as building materials without going against architectural rules or conditions. We earned this certification, which demonstrates domestically and internationally that our vacuum insulating glazing or vacuum glass can enter the market safely.

The Passive House Institute in Germany certifies environmentally-friendly buildings and building materials that minimize energy use by using high-tech insulation technologies. As the world’s leading certificate authority on this area, the institute is renowned for its strict screening process and rigorous certification standard. Building materials with the PHI Component Certification are recognized for their eco-friendly functions anywhere in the world without particular procedures. Numerous manufacturers of construction materials sought for the certification, and Eagon Windows & Doors obtained the coveted certification that had never been earned by anyone in the vacuum glass field. The company achieved the feat with its “super vacuum glass” that it had independently developed. 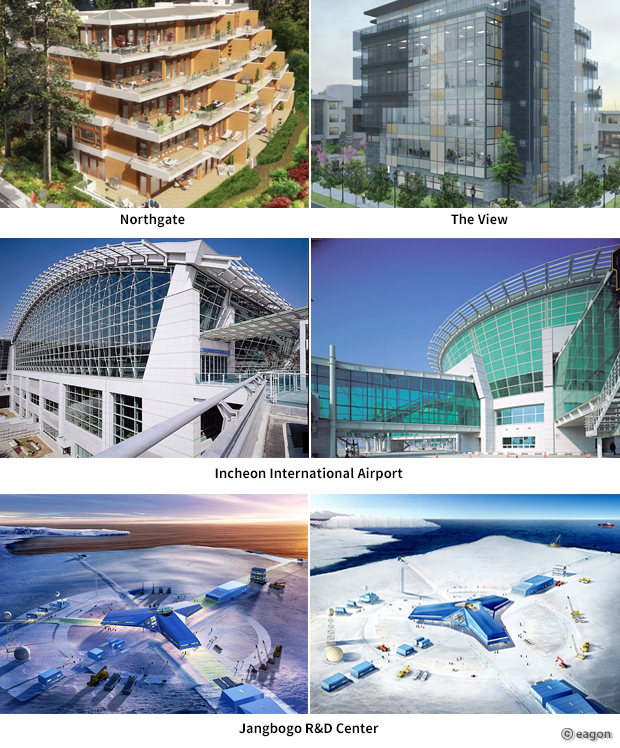 The most significant part in vacuum glass is that it performs the same function as walls, as long as energy saving is concerned. Theoretically, it can reduce heating costs by one-fifth, compared to those of ordinary homes. The core of vacuum insulating glass is to create a vacuum between two sheets of glass. It uses the same principle applied to a thermos, which ensures better insulation by excluding air in the space between two steel plates. Imagine the thermos has been flattened out in square form. The vacuum glass can prevent heat loss. Previously, gas was put in glass or thick glass was used for insulation. Our glass is just 10 millimeters thin but still generates the same effect.

Previously, vacuum glass was made by removing air through a vacuum pump after joining one sheet of glass on to another. In contrast, the company’s “super vacuum glass” introduced the method of joining the two sheets of glass in the vacuum environment. The method had never been used before in the entire world. Without air, which transmits sound, the super vacuum glass blocks the flow of heat and sound. Compared to previous products, it is four times more effective in heat insulation and reduces outside noise by more than two times, although it is very thin. The new product is drawing attention as a replacement of existing insulation glass and triplex glass. To make this product, the company chose innovation.

In fact, it was not makers of construction materials that made vacuum glass. Originally, the technology came from manufacturers of display devices like TV or monitors. We consistently conducted research on related industries. We introduced some technology we needed and used it for architectural purposes. The result was vacuum glass. In the display industry, the size of glass is small to fit into mobile phones or notebook computers. It was not difficult to produce small vacuum glass. But we enlarged the size to make glass that measures 2 meters by 2 meters. Various problems arose in the course of increasing the size, as glass became warped or was broken. But we were able to solve the problems step by step.

The company boldly applied some display technology to architecture. While expanding the size of glass, it resolved the problems that should not occur in glass products. The process took five years. The company developed super vacuum glass in 2010, and it began to sell it in the market last year. Before unveiling it in the market, it installed the products in various parts of the country on a trial basis and inspected each of them every year to ensure safety. The company tries to make everything perfect, in the belief that it is leading the local industry of windows and doors. 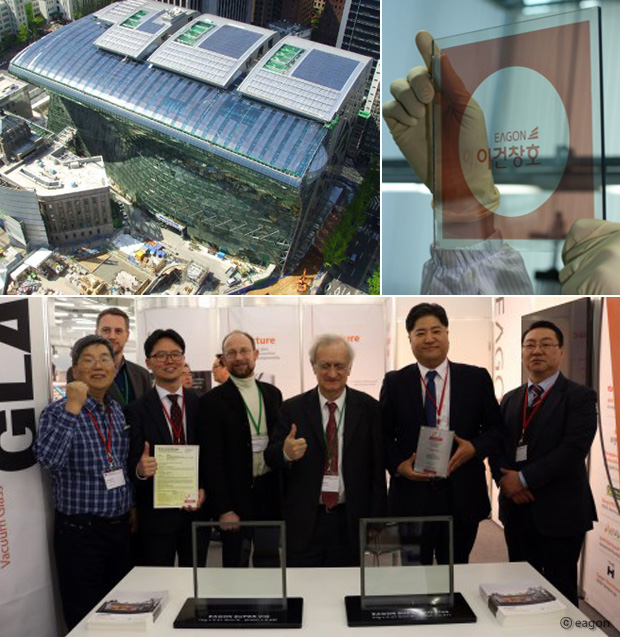 Before our company was created, windows and doors were not manufactured in factories. Makers would produce them at home, and the quality of the products varied. We were the first company to manufacture and manage windows and doors systematically at the factory. Soon, other local manufacturers followed suit. We constantly developed technologies and applied them to our products, like using insulating boards or gaskets, to release wholly new windows in the market. Many buildings, including the Incheon International Airport Terminal and the Jangbogo Antarctic Research Station, use our products.

In 1988, Eagon Windows & Doors unveiled Korea’s first “system windows and doors” equipped with high thermal insulation effect and the soundproofing function. Now, the company accounts for more than 60 percent of the domestic market. Since the mid-2000s, the company has focused on eco-friendly, energy-saving construction materials to develop windows using the “Building Integrated PhotoVoltaic” system and functional vacuum glass. This year, its “super vacuum glass” won the Pilot Award from the Passive House Institute. The company is ready for a new challenge for the future.

As a maker of windows, we make strenuous efforts to enhance functionality of windows. We aim to produce windows that ventilate themselves and serve as a transparent display on buildings. In the next stage, we’ll shift our focus from windows to buildings to control energy use in buildings overall. Technological development will proceed in this way.

The company is contributing to the constant evolution of windows, creating the future of the industry.
Twitter
Facebook
Go to Top