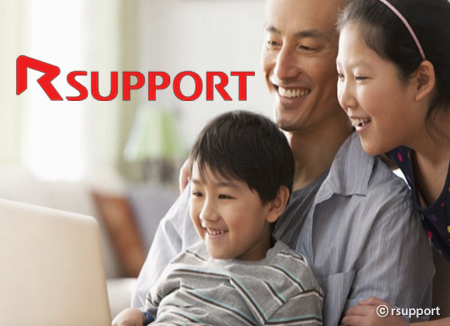 Now, we’ll take a look at a Korean company bringing about changes in the global economy with some new ideas. Today, we’ll talk about RSUPPORT, a global software company that has embodied ubiquitous connectivity through its innovative remote support technology. Let’s meet with Lee Ju-myeong, head of the B2B Marketing Team of the company.

RSUPPORT was set up in 2001. It is a global software provider that created the concept of “remote support” for the first time in the world and also released the world’s first remote support service called RemoteCall. The president of the company once worked at Hauri, which is an online security company. In the initial period of Internet usage, many people used Hauri’s computer anti-virus programs. When the users found problems, like computer viruses, he had to visit the customers himself to fix them. He wondered how to overcome the inefficient use of time and energy and came up with a concept of remote support or remote control. He believed the same concept could be applied not only to individuals but to companies and industries as well. That’s how he established this company.

When a computer has a problem, a service technician does not necessarily visit the owner of the computer but a system manager directly accesses the computer to solve the problem. That’s what remote support services are about. So the services help save time and costs arising from on-site visits. By using smartphone applications, the remote support technology can be applied to computers, mobile devices, washing machines, refrigerators and even office supplies when they have a problem. RSUPPORT is a pioneer in this remote support market. Seo Hyung-su, CEO of the company, had worked as a network programmer. He wondered how to use remote support, which had mostly been for developers or managers before, to help customers. That’s why he founded this company. It started providing a web-based remote support service for computers in 2002, and has since obtained numerous patents to lead the market. 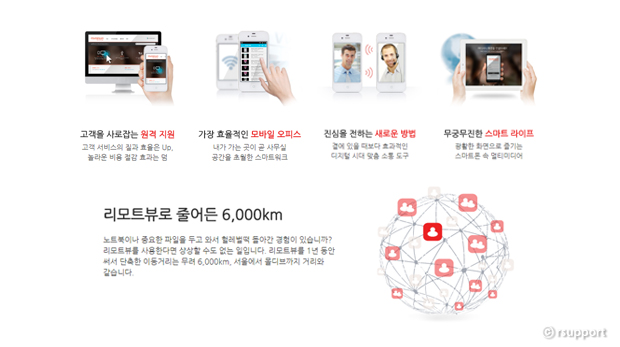 We’ve acquired a total of 74 patents, with 42 patents registered in Korea, 21 in Japan and nine in the U.S. Many of the patents involve technologies of ensuring security when remote support is used and enhancing the speed of relevant services. RSUPPORT became known to the public with its service based on the web and icons. Previously, clients had to enter particular numbers or uniform resource locators when they wanted to get remote support services. But users of our new system can receive the same services simply by clicking on icons. We developed it for the best user experience.

By developing the world’s first remote support software that controls other computers by using the web and icons, the company provided remote computing solutions to the local financial industry. In the early 2000s, when Internet banking and cyber stock trading increased rapidly, helpline call centers in banks and securities firms struggled to deal with failures or errors that occurred while customers were using online services. To solve the problem, the financial industry introduced RSUPPORT’s remote support solutions. In the service called RemoteCall, a client clicks on the icon and a call center employee shares the client’s computer screen to solve the problem in real time. People can use this service easily, even if they are not information technology specialists. The system aroused interest in remote support. In another world’s first, the company developed a mobile remote support solution available for Android to draw some 6,000 customers in 24 countries.

RSUPPORT has the highest market share of 80 percent in South Korea and also the largest market share of 77 percent in Japan. It accounts for 34 percent of the Asian market to rank first in the continent. Research materials show that the company came in fifth in the global remote support solution market. Japanese mobile carrier NTT Docomo, which has 70 million customers, uses our RemoteCall service to secure 20 million paid customers in the nation. That means 30 percent of its total customers use this service. In 2012, NTT Docomo invested 14 million US dollars in our company. Now, it is the second-largest shareholder of RSUPPORT.

The company’s remote support solutions are used by world-famous manufacturers of computers and mobile devices, including Samsung Electronics, LG Electronics, Sony, Toshiba and Huawei. The key to its success is the company’s cutting-edge technologies.

We’ve developed our own technologies to produce engines and provided services optimized for our products for the sake of better performance, faster speed and greater customer satisfaction. One of our brilliant engine technologies is the Virtual Remote Video Driver. Thanks to this technology, a lot of customers chose us. Sixty three percent of 220 employees at the company are technical staff. Also, the company invests more than 30 percent of annual sales in research and development. We’re constantly developing new technologies, which is one of our competitive edges.

The company has developed the core engine of remote control with its independent technologies to ensure enhanced security and speedy transmission. In 2017, it was selected as a world-class product recognized by the Korea Trade-Investment Promotion Agency. Now, the company is paying attention to the “remote work” market. 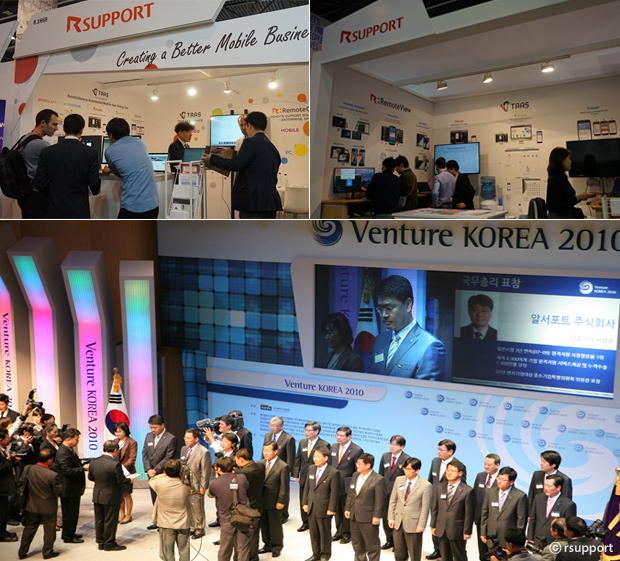 People don’t necessarily have to waste time and space by gathering in one place to work. Depending on their jobs, they can work anywhere to improve the efficiency of production. What will be needed to allow them to work at any place, while still communicating with others? Wherever they are, remote control technologies can enable them to work in the same environment as their office and to communicate with their colleagues and business partners through video conferences. We’re now focusing on the teleworking or remote work market in South Korea and Japan.

The “RemoteView” service allows people to access their office-based computers remotely, while users of the “RemoteMeeting” service can easily hold remote video conferences anytime, anywhere, whenever they need to work with others. RSUPPORT has already developed these solutions to support remote work. The motto of the company is “Walk the path that others have never taken.” As indicated in the motto, the firm is constantly pioneering a new way to lead the change.