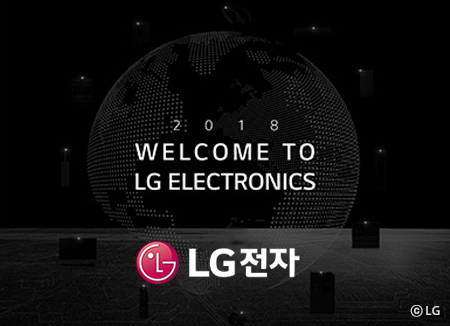 Now it’s time to take a look at a Korean business bringing about changes in the global economy with new ideas. Today, we’ll meet with LG Electronics, a South Korean electronics maker that has developed an innovative key part for washing machines. Let’s hear from Lee Seon-joong, senior researcher at the company’s Motor Research Center.

We introduced the inverter Direct Drive or inverter DD motor exactly 20 years ago in 1998. With our own technology, we developed the motor for the first time in the world. LG’s washing machines drew a positive response from the market, thanks to its “Six Motion” feature. It combines up to six different modes of motion, such as dabbing, kneading, rubbing, shaking, loosening and squeezing the laundry, to produce the same effect of hand-washing. The DD motor is directly attached to the drum to operate it in a very delicate fashion. When using a motor other than this particular motor, various parts should be installed, including the one that is similar to the clutch found in automobiles. But the DD motor is directly connected to the drum without using the parts like a belt or pulley. This innovative motor with lesser mechanical parts can significantly reduce noise and enhance the washing performance.

When the company first developed the DD motor in 1998, washing machines were generally very noisy and vibrated a lot because the drum was connected to the motor through a belt. Also, the belt delivered the rotation of the motor to the drum, causing energy loss. On the other hand, the direct drive motor, as its name indicates, is directly attached to the drum so the motor and the drum rotate at the same time. The motor does not need any part to connect it with the drum, reducing noise and vibrations considerably, while increasing energy efficiency. The inverter DD motor, in particular, uses a mechanical inverter that converts the direct current into the alternating current and controls the motor slightly, so it can adjust the speed of the motor for various washing modes. Thanks to these benefits, the company’s accumulated production of inverter DD motors for washing machines has surpassed 70 million units since they became commercialized 20 years ago. It is said that the length of wires used in the cited amount of motors is equal to the distance of 22 round trips from the earth to the moon. LG Electronics was able to write a new history in the motor area as it had dreamed of making a whole new washing machine.

In general, a motor is designed after a certain product is complete since it should be tailored for the product. So, various types of motors should be developed in line with different products. LG Electronics standardized washing machines under the leadership of vice chairman Jo Seong-jin. We designed basic modules for washing machines and only changed them slightly to meet the consumers’ demands. This system allowed us to use just one motor in all types of washing machines. In other words, we simplified the motor and the washing machine alike. Simplification is highly advantageous for manufacturers. Making multiple types of products in small quantity is probably the most difficult part in production. But we were able to mass-produce small kinds of products to improve productivity, cut costs and sharpen competitiveness as well.

The inverter DD motor is the new technology that vice chairman Jo Seong-jin introduced after long and hard work. He designed the DD motor that would allow the drum and the motor to move together as one. The purpose was to produce washing machines that would exceed the ones in Japan, which was considered to provide the global standard of home appliances at the time. He was devoted to developing a technology to simplify both the motor and the washing machine but still transform the machine in accordance with consumers’ demands. Of course, the technology was not developed overnight.

We have been dedicated to research and development of motors since 1962, starting with motors for electric fans. Very few companies have worked on motors for over 50 years. Based on our accumulated motor technology, we have released new products with fresh concepts, including the DD motor used in washing machines and the Inverter Linear compressor fitted in refrigerators. In home appliances, the motor performs the same function as the heart. Without a motor, no appliances can work. Highly efficient motors reduce noise and vibration and therefore lead to better durability and energy efficiency. Our biggest task is to focus on R&D efforts and satisfy consumers.

LG Electronics was established in 1958 under the name of “Gold Star.” It is a pioneer of South Korea’s electronics industry and leading motor manufacturer, which has developed a radio, telephone, TV and washing machine for the first time in Korea. In the mid-1980s, the company successfully developed the inverter motor that consumes 40 to 60 percent less electricity, compared to existing models. It developed the world’s first inverter DD motor in 1998 to rise to the top spot in the global washing machine market, beating American home appliances giant Whirlpool and Sweden’s Electrolux. Among consumer electronics makers in the world, LG Electronics is the only firm that produces finished goods and parts like motors. That is understandable, considering that it costs much to develop motors, while it is hard to expect a visit result soon and profitability is rather low. But the South Korean tech firm has invested a lot in research and development of motors in the belief that the heart of home appliances is the motor, just as the heart of automobiles is the engine. 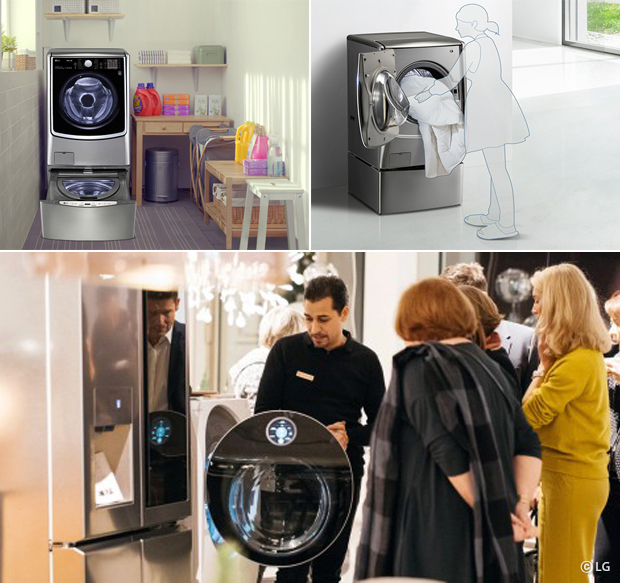 To manufacture reliable products, the company conducts some 40 rigorous tests, including the ones related to vibration, fire, salt water and rainwater, before finally releasing a particular product. Its relentless efforts and strong technical prowess have earned the company high evaluations.

Our DD motor has been given a 22-year-life certification by Germany’s VDE, which is one of the most respected technical associations in Europe. We have also topped consumer evaluations in the U.S. and other European countries. I think we have garnered due recognition of our hard work and great sales, which have appealed to consumers. LG Electronics’ image has been promoted significantly, as it has ranked first in the North American market in terms of sales.

LG Electronics has 68 patents related to the inverter DD motor in Korea, 47 in the U.S. and 20 in Europe. The company is always faithful to the basics, and its competitiveness is unrivaled in various areas, including the motor that determines the performance of home appliances. It proves the long-established truth that companies with high technologies are leading the global market.