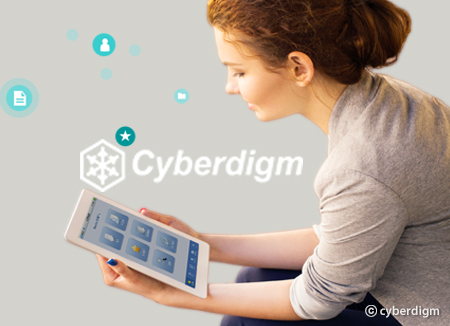 Now it’s time to introduce Korean companies that contribute to bringing about changes in the global economy with some groundbreaking ideas. Today, we’ll meet with Cyberdigm, a provider of a document centralization solution that is used by companies to manage corporate data efficiently and prevent internal information leakage. Let’s hear from company CEO Kim Kyung-chae.

Cyberdigm was set up 20 years ago in 1998. It is a software developer specializing in “unstructured data,” which is a rather unfamiliar concept. Let me first explain “structured data.” It refers to information stored on a database and is therefore easily searchable. ATM activity at commercial banks can be classified into structured data. On the other hand, “unstructured data” is information that is not organized in a pre-defined manner, and they come in many different forms, including texts, images, videos and MP3 files. Among the unstructured data types, we have developed software to manage and protect documents, in particular.

The name, Cyberdigm, represents the company’s goal of creating a new paradigm in the cyber age. It offers solutions involving document centralization, knowledge management and system integration for the integrated management of unstructured content. The company is clearly ahead of its time, as it challenged an unconventional area, which is still unfamiliar today, 20 years ago. 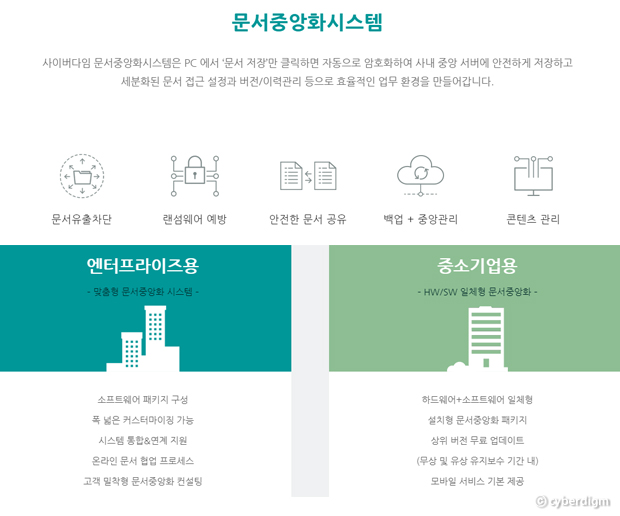 We didn’t really intend to create a venture firm in the beginning. Local companies began to introduce the Electronic Document Management System or EDMS in the 1990s. Pohang Iron & Steel Company, which is now known as POSCO, requested Pohang University of Science and Technology to research electronic document management. Support for the three-year research project stopped in a year, but we saw great market potential in that area. That’s why we decided to start our own business. At the time, the Internet was beginning to spread. A computer-programming language known as Java was released in December 1995. Using the Java language, we created software that worked in a web browser. It was a whole new concept that appeared ten years later. The highly interactive software using the new programming language attracted special attention from the market, providing us with many good opportunities.

Cyberdigm is the first venture firm that came from the Pohang University of Science and Technology laboratory. In the course of developing a document management solution as a research project, a group of five young people established the company as they paid attention to the unexplored potential of the electronic document management market. Just in time, in 1999, the government launched a plan called “Cyber Korea 21,” which provided a turning point in the Korean information technology industry. Amid growing interest in the industry, an increasing number of countries wanted to introduce and build the EDMS. In 1999, Cyberdigm developed an EDMS based on Java, a new programming language designed to execute programs online. Thanks to the innovative system, the company rose to the top position in the domestic EDMS market in 2003, beating U.S. software developer Documentum, which had led the market before. A document centralization solution, in particular, has enabled Cyberdigm to consolidate its lead.

Companies produce an enormous amount of documents, and they need to handle the basic life cycle of documents, from writing and approval to use, search and storage. They should also prevent the documents from being lost and block ransomware attacks, which damage documents stored in computers. That is, companies need various functions or services to manage the massive amount of documents properly. In the past, they had to purchase different software for those services. But our all-in-one centralized document management solution provides all those functions related to the lifecycle of documents, data loss or leakage prevention and ransomware blocking.

The document centralization solution supports the integrated management of documents and prevents the leakage of classified documents by storing data in the companies’ centralized repository, not in personal computers. If users simply click on “Save Document” in the computer, the data is automatically encrypted and stored in the companies’ centralized repository safely and conveniently. The system also provides various security functions to draw a positive response from companies. When files are stored, the storage route and file names are all managed cryptographically. Therefore, among the companies that introduced this document centralization system, no one has ever been hit by ransomware. The company is expanding its presence both in domestic and overseas markets. 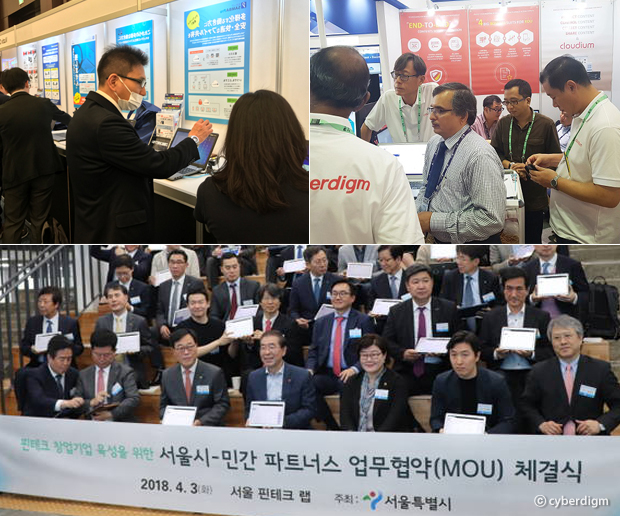 We are ranked first in the domestic market. The number of our clients amounts to 1,000, with more than 100 companies using our services for over 10 years. Two years after Cyberdigm was founded, we began to advance into foreign markets. We have sold our products to the U.S., Japan, Uzbekistan and Peru. We made inroads into the Japanese market in earnest about three years ago, and we’ve been doing pretty well there. We’re working with our Japanese partner named Startia now, and we’re looking forward to great success in Japan from this year.

The company has provided its document centralization system to some 1,000 local companies in Korea, including Nexen Tire and the Korea Gas Technology Corporation. It has also extended its business abroad since it signed a contract with SoftLinx in the U.S. in 2003. The company’s cloud-based document centralization solution, in particular, is drawing an enthusiastic response from Japanese firms, which focus on work efficiency. In this way, Cyberdigm is putting a lot of work into exploring overseas markets to grow into a global software provider. It is taking note of blockchain technology as well.