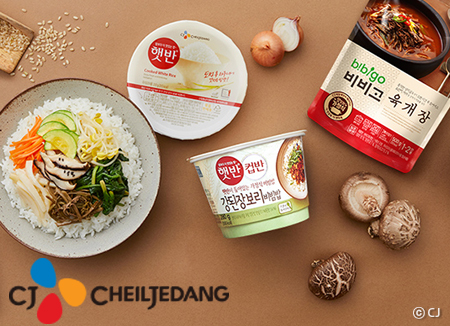 Now it’s time to take a look at a Korean business leading the global economy with new ideas. Today, we’ll meet with CJ Cheiljedang Corporation, a South Korean food maker that is spearheading the globalization of Korean cuisine under its food brand Bibigo. Let’s hear from Choe Min-su, who is in charge of communications at the company. 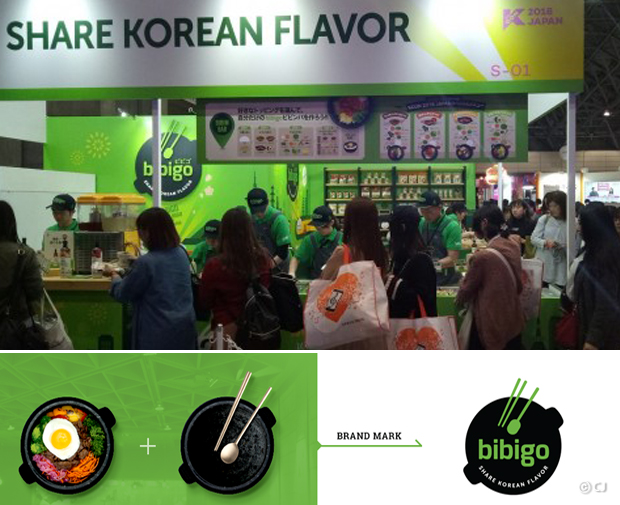 We set up a booth at the three-day KCON event in Japan. There, we promoted our Bibigo brand to help local people get more familiar with Korean food and experience it conveniently. The main theme was bibimbap or a traditional Korean rice dish topped with vegetables and meat. During the event, visitors were allowed to pick desired combinations of rice and other ingredients to taste their own bibimbap. Those who tried the food were amazed to enjoy the signature Korean dish so easily. It turned out that the dish was hugely popular, especially with those who chose their favorite ingredients, including key toppings, for their customized bibimbap.

For three days starting April 13, the company participated in KCON, an annual global Korean pop music and culture convention, in Japan to promote Korean food culture in the neighboring country through its Bibigo brand. The name comes from “bibim” in “bibimbap” and “go.” Bibigo was launched in 2010 as the global Korean food brand. Not just developing and selling food, the brand has the mission to promote the value and excellence of Korean food or hansik to the world. But it requires a lot of effort to encourage people in other countries to enjoy hansik, which is mostly consumed by Koreans.

CJ Group Chairman Lee Jae-hyun always said that food is not just a product but represents culture and that it is necessary to strengthen competiveness globally through research and development as well as innovative technologies. Our Bibigo home meal replacement products that were released two years ago unveiled Koreans’ favorite dishes like broth, soup and stew. To develop the new products, we employed recipes that are usually used to cook home meals. For example, we soaked beef in cold water for 12 hours to draw out blood and boiled beef brisket for more than three hours in our food factory, just in the same way as it is done at home. As a result, the food produced the rich flavors of meat broth even without using any seasoning. So, when consumers eat the instant food at home, they feel like they made it themselves at home, although it takes only five minutes to cook it. They began to recognize the warm, delicious food products, which have grown rapidly as popular home meal replacement dishes in Korea.

The company concentrates its efforts on research and development to produce the same flavors of home-cooked meals. When making frozen dumplings, for instance, meat and vegetables are not ground but are thickly sliced for the enhanced taste and texture of the fillings. With the wrapper dough kneaded more than 3,000 times, the vacuum dough process makes the dumplings’ skin soft and chewy. The company tried hard to secure technology that enables foreign consumers to cook the food easily and store it at room temperature. The shelf life of food products stored at room temperature is three to four times longer than that of refrigerated ones, but their texture, color and flavor are not very good due to autoclaving. To overcome the shortcomings, the company differentiated the technology of storing the food at room temperature and sterilized each ingredient separately. Thanks to these efforts, the company changed the negative perception of home meal replacements, which were once regarded as cheap, low-quality instant products. Now, Mr. Choe talks about how the company has led Korea’s food culture.

Cheiljedang literally means “first sugar manufacturer.” As the name indicates, the company was originally a sugar manufacturer. The food company began to wonder how to provide safe and delicious food to people who were in great difficulties after the devastating Korean War. As the first step, it manufactured flour, sugar and cooking oil. Later, it turned its eyes to processed food, which would hopefully be enjoyed by consumers in an easy and healthy way. In line with this goal, the company has launched major food brands, including a ready-made rice product called Hetbahn, traditional sauce products Haechandle and the Korean seasoning powder of Dasida, which boasts a long history and tradition. Since we created the global hansik brand of Bibigo, we have aggressively carried out our food business overseas.

The company has launched various food brands to reflect the trends of the times to become the nation’s top food maker. In 2002, CJ Cheiljedang became the first South Korean food manufacturer to reach sales of 2 trillion won, which is roughly 1.8 billion US dollars. It has also been spurring efforts to explore overseas markets by localizing its products.

While Bibigo dumplings sold in Korea contain pork, the ones offered in the U.S. include chicken, which is preferred by American consumers. Similarly, the main ingredients of Chinese versions of Bibigo dumplings are based on corn, cabbage or mushrooms. The foreign versions are similar to Bibigo dumplings in Korea in terms of shape and flavor. But for the products targeting foreign consumers, we change or add some ingredients favored by local people in a strategic move to reflect local food culture.

The company began to advance into foreign markets in 2011 to nurture Bibigo as a global hansik brand. It has since expanded its presence in overseas markets by localizing Korean cuisine. The company introduced chicken-based dumplings in the U.S., as Mr. Choe explained, and topped the U.S. dumplings market in 2016 to beat its Chinese rival, which had maintained the top position in the market for 25 years. The South Korean food giant has also built production bases in foreign countries. 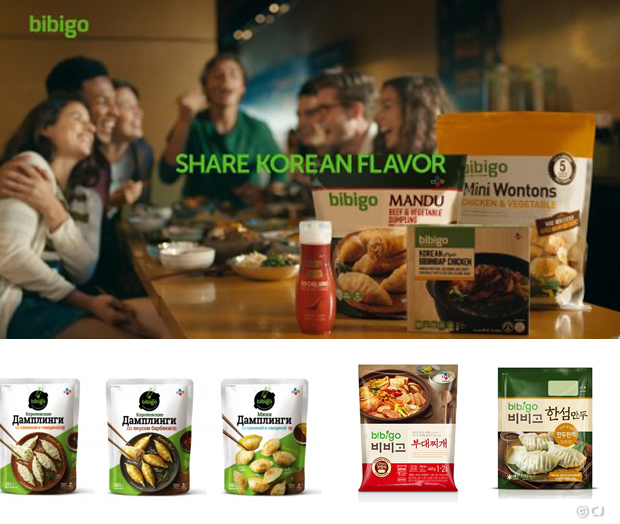 When conducting its global food business, the company is focused on building production bases in particular countries and making food products that would appeal to local consumers. We’re running two dumpling factories in the U.S., with another one under construction. In China, we’re operating two factories each in southern and northern regions of the nation. Also, we’ll build an integrated food plant in Vietnam within this year to sell the upgraded versions of Bibigo dumplings in the Southeast Asian country as well. When we launched the Bibigo brand, one of our strategies was to supply food products that could be cooked easily at home but still reflect Korean food culture, rather than introducing complicated Korean cuisine. While making our products keep the authentic taste of Korean food, we’ll also conduct thorough research of food culture, consumption patterns and tastes of consumers in different countries. In line with our key business strategy of fusing Korean food with local flavors, we’ll continue to cultivate the Bibigo brand.

The company has increased its infrastructure overseas such as the U.S., China, Vietnam and Russia, to directly produce and sell its major products there. It is providing distinctively different Korean dishes customized for the tastes of people the world over while still containing the unique hansik tradition. That’s why CJ Cheiljedang is called the K-food national player. The company is leading the Korean food craze with culture, technologies, flavor, quality and convenience favored by modern people.