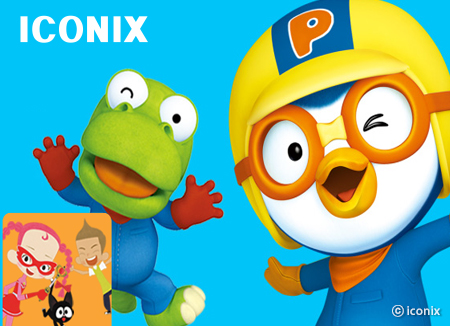 Over the next four weeks, we’ll introduce Korean firms that shined at the “Korea Service Market,” which is the nation’s largest supporting event for overseas marketing. Hosted by the Korea Trade-Investment Promotion Agency, better known as KOTRA, this year’s event was joined by some 400 companies specializing in education, medicine and content convergence, with participants signing MOUs and export contracts worth 36 million US dollars. During the event, buyers paid close attention to Iconix Entertainment, the producer of Korea’s popular animated TV series “Pororo the Little Penguin,” which is loved by children the world over. Let’s hear from Oh Se-ji, deputy head of the Overseas Business Team at the company. 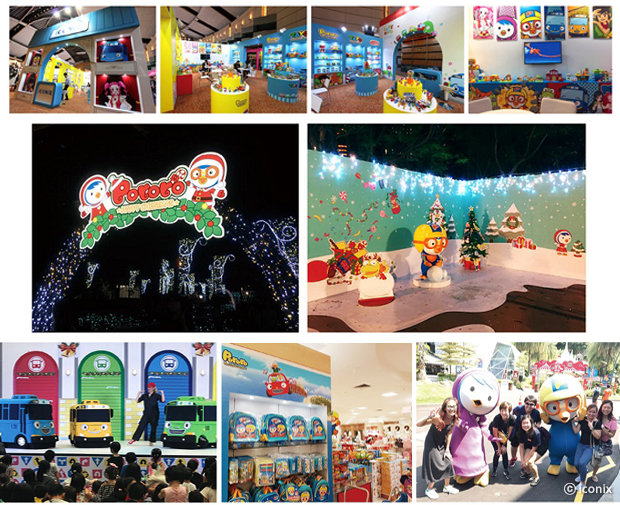 In addition to our two iconic brands “Pororo” and “Tayo,” we also showed “Titipo,” an animated character featuring a little train that was launched this year as well as two more that were released last year. Buyers from Indonesia, Hong Kong and Europe were greatly interested in our products. “Pororo” has been exported to various parts of the world, but still, it is more famous in Asia. So we want to promote it further in many more countries. We also hope to explore new markets for “Tayo, the Little Bus,” although the series is already familiar to children in many countries.

This year, KOTRA held the “Korea Service Market” and the “ASIA-EU Cartoon Connection” at the same time to encourage local providers of service and cultural content to advance into foreign markets more aggressively. Iconix consulted with foreign buyers throughout the show to find an opportunity to expand its export destinations.

“Pororo” first aired on Korean education broadcaster EBS TV in 2003. The following year, the animation hit television screens in France. To date, the animated cartoon series has been exported to some 140 countries. When we started the animation business, the market was dominated by Japanese products. Our CEO wanted to make an animation targeting toddlers, in particular, and he focused on a story that would appeal to young audiences. That’s the secret behind our success. Even young kids have their own issues, and Pororo could give them some advice, which might be different from that of their parents. Children can easily empathize with Pororo and learn how to deal with their problems, just the way Pororo handles his.

Iconix’ CEO Choi Jong-il set up the company in 2001. He wanted to create an animation that would be different from previous ones, and he set a goal of producing an animation for toddlers—something that had hardly been tried in other countries. Iconix examined the characteristics of children under the age of 3 and figured out their favorite animals. The company chose a baby penguin, which toddles around like a little kid. Penguins cannot fly, but the creative content provider designed this cute animal with aviator goggles and a flying helmet to reflect its dream of flying. As the story is angled towards kids, the animation shows the playful adventures of Pororo and his animal friends, such as a polar bear, a beaver, a baby dinosaur and a fox. The charming penguin character has been so popular that it is even called “children’s president.” After Pororo became a global hit, Iconix launched another popular animation series in 2010. 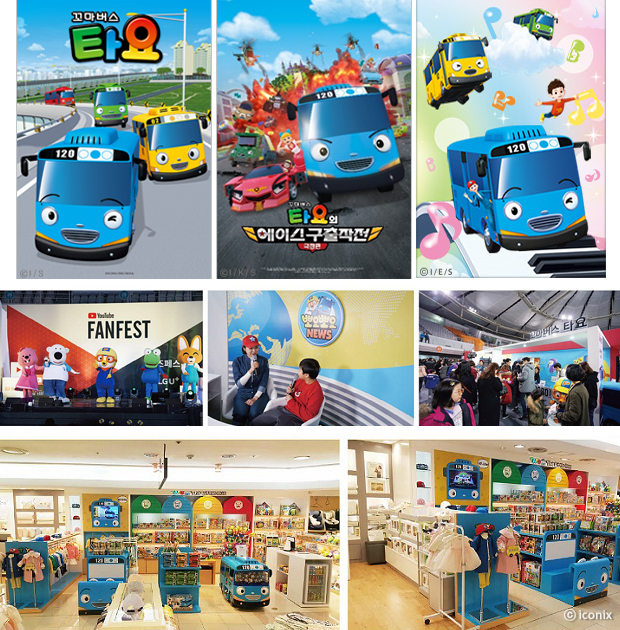 While Pororo is the most beloved character in Korea, “Tayo, the Little Bus” is more popular overseas. The number of Tayo’s YouTube views is five times more than that of world-famous “Thomas & Friends.” In fact, we doubted that the Tayo bus character would be a success. But it turned out to be hugely popular. I think much of the credit should go to its story-telling, just as seen in Pororo. The animation series portray the adventures of Tayo, a little blue bus, and his vehicle friends. For example, some vehicles such as a fire truck and an excavator are frustrated with something, and Tayo helps them out.

Tayo created a rare bus craze in Seoul in 2014. Marking Public Transportation Day, Seoul City released four buses decorated with characters that appear in “Tayo, the Little Bus.” A lot of curious children waited in long lines to get on the “Tayo buses” featuring the characters that they had only seen in the animation series. The Tayo bus ride event drew some 60-thousand children. Not only here in Korea, “Tayo” has also enjoyed great popularity abroad, as evidenced by the fact it gets more than 100 million YouTube hits each month. The two characters, Pororo and Tayo, are creating various added values.

There are more than 2,500 kinds of character products, and we’re working with over 200 partner firms in Korea alone. Thanks to the explosive popularity of the Pororo animation series, many people looked for character products. So we developed relevant goods ourselves. The products are mostly toys, but we have also published Pororo books for educational purposes. In addition, we have set up some interesting places based on our animation characters, such as Pororo Park, which is a theme park, and Tayo Kids’ Café. The theme park project turned out well both in Korea and overseas. There are eight Pororo theme parks in China, and even more will be created. Singapore has one such park, while a water park based on the theme of Pororo is found in Thailand. A Pororo theme park will also be launched in Malaysia soon.

Commemorating the 10th anniversary of Pororo’s birth in 2013, the Korea Creative Content Agency announced that the brand value of Pororo was estimated at 770 million US dollars, with its economic effect reaching 5.2 billion dollars. Now, five years later, the value has increased further to lead to the creation of Pororo-themed parks and kids’ cafés. On a positive note, the character is being commercialized through various new channels.

You can find augmented reality or AR videos featuring Pororo on YouTube. In the videos, Pororo appears in real life, and has fun and interacts with a human girl. As a content provider, we’re planning and trying various AR or VR adaptations of content. Currently, we’re developing a program called the “AI speaker,” which can directly communicate with children. If children say something, the speaker answers and talks with them. We hope to grow into a general content and character developer, like Disney, and promote more Korean-made characters in foreign countries.