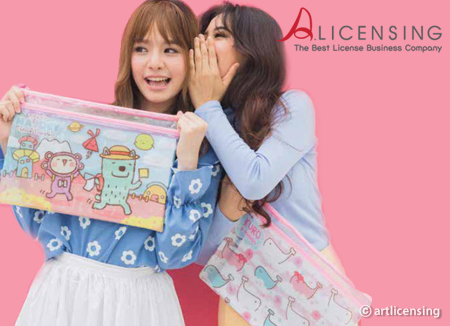 Today, we introduce ART Licensing, one of the Korean firms that shined at the “Korea Service Market.” Here is Lee Yong-soo, CEO of the character licensing company, which is sharpening the global competitiveness of the Korean character industry.

I did some licensing business at a local firm for ten years before I established my own company, ART Licensing, in January 2013. The company does character merchandizing business to develop and commercialize various characters. Among our eight characters, “Stay Pangah!” is the most popular. It is a cute dog with big ears. The simple but adorable dog character has become immensely popular, particularly in Asia, this year, as 2018 is the Year of the Dog. We don’t have any commercialized animation characters, but we have inked contracts for more than 100 different character items. This shows that ART Licensing is one of the top character agent companies in Korea.

Characters have high economic value, as evidenced in the global sensation created by the extremely popular augmented reality game Pokemon Go in 2016. The size of the global character licensing market has jumped to 180 billion US dollars this year from 146 billion dollars in 2010. ART Licensing engages in various character businesses and protects artists’ copyright through character licensing. With its accurate content analysis and effective marketing, the company saw a good result at the “Korea Service Market” last month.

It’s been two years since we signed a contract with a Pangah artist. Before that, the artist worked on the dog character alone for two years, only signing a few contracts, probably because the main target was preschoolers aged between 3 and 7. But we expanded the base of potential consumers to children above that age. The strategy worked. Advertisements, including products in placement or PPL, were adjusted to a broader range of young consumers, and we have been able to nurture more than 100 character products. Some may think that character licensing is all about animations. But that’s an old concept that was common until three to four years ago. These days, the target has been expanded to grown-ups, including those in their 30s and 40s. We’re targeting the so-called kidult market, which doesn’t necessarily favor animations. Children may like some characters because their parents or older brothers and sisters are fond of them. We’ll continue to focus on this market.

Previously, character goods were mostly based on animations. But Mr. Lee turned his eyes to “kidults,” or adults with interests or sentiments similar to children. Kidults were once considered eccentric but they are emerging as a new consumer group these days. According to the Korea Creative Content Agency, the size of the Korean kidult market has grown by 20 percent each year since 2014, when it remained in the 500 billion won range. But it surpassed 1 trillion won in 2016. Mr. Lee, who has more than ten years of experience in the character industry, paid attention to this trend. “Stay Pangah!” is ART Licensing’s representative character featuring a Bichon Frise, a doll-like dog with curly fur. The company signed contracts to commercialize 70 different products using the character in just six months after its release. Last year, it made a remarkable achievement in Japan. 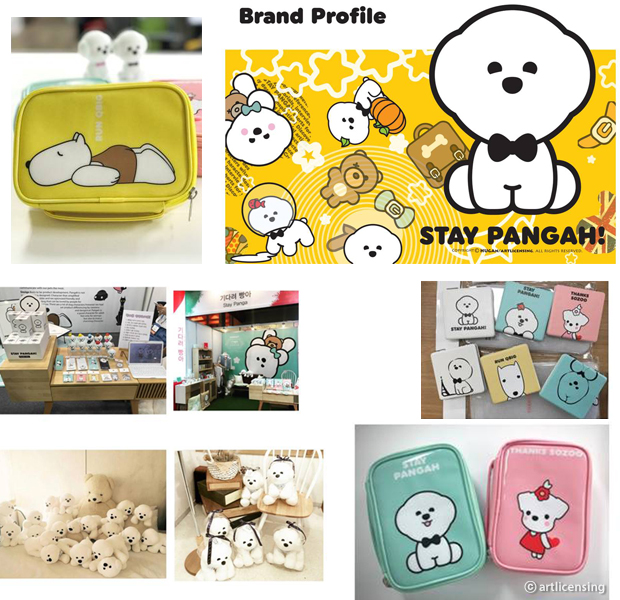 The Tokyo Licensing Fair was held in September last year. Japan is globally known for characters, and the fair drew a lot of people from around the world. A Korean pavilion was set up there. Tokyo TV filmed our Pangah character, which they said was the most charming product in the Korean section and the most favored character among foreign buyers. The scene aired on Tokyo TV at 11 p.m. that day. We signed contracts with some buyers who saw it. The character products included in the contracts were cellphone cases, mirrors and other small items. Our cellphone cases are now available in stores in the Shinjuku and Harajuku districts in Tokyo.


We formed a strategic partnership with a web variety show called “Big Picture” featuring famous entertainers Kim Jong-kook and Haha. We’re exposing our Pangah character to the program, with the Chinese market in mind. We heard the two entertainers became famous in China because of their appearances in the variety show “Running Man,” which is hugely popular in China. Thanks to the new strategy, we have actually made some contracts. Also, we sent information about our PPL and pop-up store in a department store to Thailand, where the Korean pop culture wave, or hallyu, has been booming. A Thai buyer said that local consumers will certainly like the content, and we signed with that buyer as well.

The company is expanding its export destinations through the marketing strategy of reflecting the different consumption patterns of each country. Mr. Lee says that his company has a clear goal in mind.

Basically, we hope to build a network that connects character artists and licensing clients with Asian countries. We have closed a deal with a Vietnamese company, and discussions with two Chinese firms are underway. But we want to create a new system where character artists can reach buyers in foreign countries like China, Japan, Vietnam and Thailand effectively. In the envisioned system, a particular character such as Pangah could automatically be exported to the four countries once the contract is signed. It would be time-consuming and inefficient to meet the buyers from the different countries separately and wait for their reply. Rather, the new system will enable characters to simultaneously enter the different markets, at least in Asia. Our goal is to create the system.