Platform Base, a Developer of Compact Digital Locks 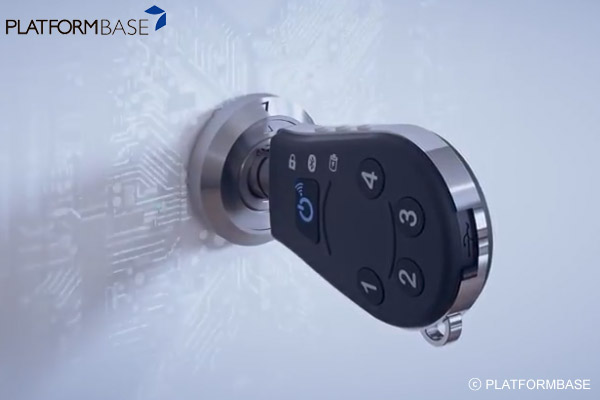 Platform Base is a venture firm dedicated to research and development of platform-based ICT small digital locks with enhanced safety and convenience for industrial security. IFSEC International in London is one of the world’s top three security events, as far as I know. When the company first joined the event, our products were not even ready for the market. We just wanted to read the global trend and whether our products would work in the world market. Since our first participation in the exhibition, our goods have drawn an enthusiastic response every year, with major firms willing to purchase our products. Through the event, we have been able to export goods. This year, we’re going to focus on sales more aggressively.

IFSEC International will take place at ExCel London for three days starting June 19 to showcase advanced security technologies to businesspeople and manufacturers from around the world. Platform Base was founded in 2012, and the company has taken part in the annual event since 2015. Mr. Kim explains why this venture firm with a short history has drawn a positive response at the event each year. 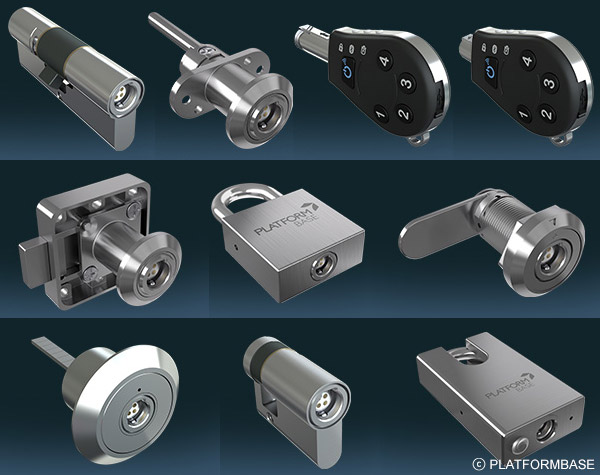 The cylinder is the core of all locks. This locking device is as small as previous locks, but its cylinder part is digitalized to include all elements of locks, including electronics and programs. The compact digital lock won the prime minister’s award at the 2013 Korea Invention Patent Exhibition.

The company’s compact digital lock looks like ordinary locks that have been used for centuries. Like an old lock, the new one can be locked and unlocked with a key, and they are similar in size. On the outside, the two do not seem to be different. But the compact digital lock is equipped with smarter functions. Apart from the digitalized cylinder, the digital key prevents illegal locking and unlocking as well as duplication for more convenient management. Now, Mr. Kim talks about how the company came up with the fresh idea of integrating digital technology into locks. 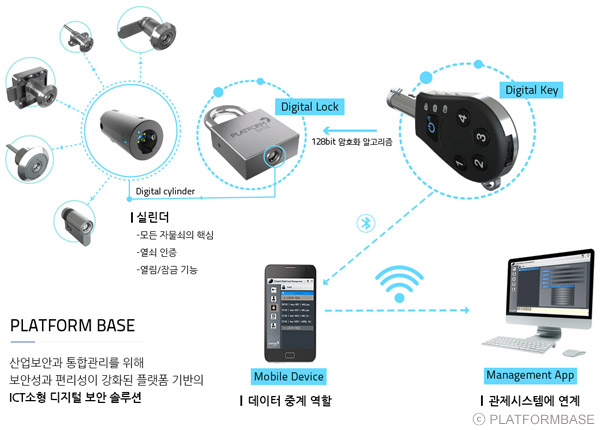 While information technology is highly developed in today’s high-tech world, many people and industries still depend on old locks that have been used for a hundred years. Locks are one of the items that go through a long maturity stage in the product lifecycle. I thought that it would be quite charming to combine locking devices featuring the long maturity stage with fast-evolving digital technology. I found myself hoping to challenge an area that no one had ever tried and to contribute to enhancing industrial security. That’s why I developed the compact digital lock system.

It is said that the history of keys and locks dates back to 4000 B.C. With security becoming increasingly important, digital door locks have been common these days. But mechanical locks are still being used for warehouses, desk drawers in office, ATMs, vending machines and mailboxes, as well as for enclosures to install CCTVs. As a software developer, Kim decided to start his own business to bring about a change in industrial sites where security was maintained by mere old locks. For four years after setting up his company, he concentrated on developing digital locks. It was a simple idea to change mechanical locks to digital ones. But he had to take up challenges repeatedly in the process of incorporating information technology into locks. He once tried to put the battery and the communication function in the digital lock, which became bigger. It turned out the large lock was inappropriate for a file cabinet. It was necessary to make the digital lock as small as conventional ones and still add some useful functions at the same time. For that purpose, he came up with new ideas and developed technology. Finally, his company was able to develop a new product with improved convenience and security by providing power to the key, not to the lock. Mr. Kim explains more.

Usually, people don’t need many keys at home. But hundreds of thousands of keys are used in some industrial sites. It is quite difficult to handle such a large number of keys. In our locking system, an infinite number of locks can be registered digitally, and a single key, to which users assign a unique ID, can authorize access to tens of thousands of different locks. This is why the system is called “one-key solution.” If a user lost a key in the past, they had to change the lock altogether due to security reasons. But now, the user can simply delete the ID or the existing profile for the lost key and register a new one. So, locks can be managed very conveniently and effectively.

The company’s compact digital locks can be used and managed with just one key. When the digital key equipped with power and network functions activates digital locks with a built-in chip capable of acting like the brain, the single master key can control different locking devices. Even if the user loses the key, he doesn’t have to worry about security and he doesn’t need to change the lock, either. He only has to go through the digital certification process again. He can also check the record of using the key through his mobile phone or computer. So the new system solved the security problem that had plagued existing locks. Indeed, Platform Base is believed to have opened a new era for locking devices. The company received the Minister of Trade, Industry and Energy award at the Innovative Technology Exhibition in 2016 and was selected as “Best of Made in Korea at CES 2017 Top 10,” demonstrating its full potential in the U.S. market as well. Mr. Kim says that the company is expanding its scope actively.
Twitter
Facebook
Go to Top