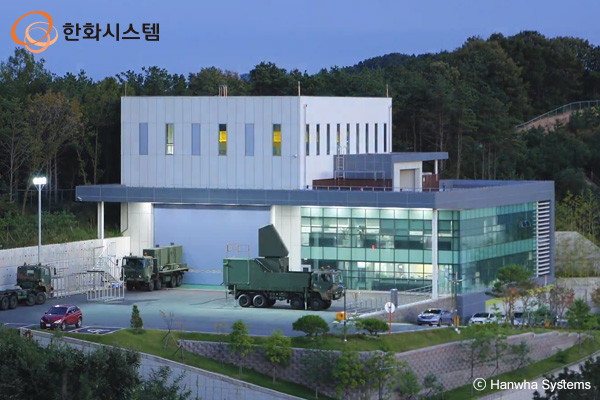 Now, we’ll take a look at a Korean company bringing about changes in the global economy with some new ideas.

Global leaders in robot, drone and virtual reality—the core of the Fourth Industrial Revolution—converged in Korea last month. What brought them together was the “RoboUniverse & K Drone, Conference & Expo/VR Summit,” which was held from June 28 to 30 at the KINTEX Convention Center in Ilsan, northwest of Seoul. In its fourth edition this year, the exhibition invited a number of robot, drone, AI and VR developers from both Korea and overseas to show the latest trends in each area and present a vision for even more advanced technological development. Interestingly, lecturers at the event included Cory Kumm, vice president of corporate development of Bohemia Interactive Simulations, a global software company dedicated to simulation military training solutions, David Karlark who directed VR experiences for famous filmmaker Ridley Scott’s movie and Matt Oehrlein, CEO of Megabots, a U.S. developer of giant robots. From this week, we’ll introduce Korean speakers who shined at the “RoboUniverse & K Drone.” Today, we’ll meet with Chung Seong-heon, head of the Command, Control and Communication Research Institute at Hanwha Systems. 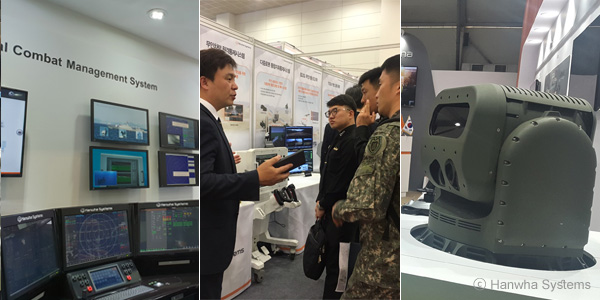 The warfare landscape has changed a lot. Fewer people serve in the military, with the period of military service reduced. But troops have to cover a wider range of the battlefield. To address the problems effectively, the army is building five game-changing forces. In particular, the changing environment badly needs unmanned combat units using drones.
Our company began to conduct research on how to apply drones to the military or how to use drones in six warfare elements such as command, control, protection, maneuver, firepower and logistics support. The research is focused on how to maximize combat power by using both manned and unmanned drones.

Mr. Chung gave a lecture on “Improvement Plan of Command and Control for Dronebot” on June 29. “Dronebot” is a combination of the words “drone” and “robot,” and it is one of the five game changers promoted by the army, along with missiles, maneuver corps, the special army brigade and the warrior platform. To keep up with the trend, Hanwha Systems are making strenuous efforts to apply more drones to national defense. Mr. Chung continues to explain.

As a South Korean defense company with a long history, we have carried out a lot of research not just to develop technology but to enhance drone operability and maximize combat strength. We first figured out the elements that would activate dronebots. Among the elements, we’re focusing our R&D efforts on the systems to command, control, recharge and protect the drones.

Hanwha Systems is an IT-based solution provider for defense electronics. It is under Hanwha, South Korea’s top defense company that started out as a gunpowder and explosives maker. Hanwha Systems started its defense business in 1978. Based on advanced technology, excellent researchers and massive facility investment, the company developed the laser range finder in 1984. It boasts cutting-edge technology in radars, electronic optical equipment and the tactical communication system, which comprise the brain and nerves of the military’s weapons system. The company’s signature products include the multi-purpose radar, unmanned ground systems and the thermal observation device. These products are drawing special attention from Asia and the Middle East.

In addition, the company has been developing the naval combat system featuring submarines, convoys and high-speed boats as well as the Tactical Information Communication Network to contribute to arms improvements of the South Korean military. Mr. Chung says that the company is applying its sophisticated technology to dronebots.

One of the major purposes of dronebots is surveillance and reconnaissance in front-line or operation areas, both during the day and in the dark of night. To fulfill that purpose, we have developed a tiny, EO-IR camera. EO refers to electro-optical and IR stands for infrared. We’re also developing the control data link, which enables us to control the unmanned drones, although drones can move on their own. In fact, drones should be controlled all the time. We’re developing the next-generation Tactical Information Communication Network. We can control the drones by using the terminal in the network.

Hanwha Systems has distinguished itself in the wireless drone recharge system, in particular. The system transmits power to the drone wirelessly by using high powered lasers. As one of the core technologies of the company, it can resolve the problem of supplying power to the drone, which can only fly for 30 minutes in general. The company unveiled its dronebot command and control system for the first time at the “RoboUniverse & K Drone” to prove its technical prowess. Now, it is paying keen attention to the incorporation of the Fourth Industrial Revolution technologies so its dronebots can be deployed for actual combat use to display their abilities. Let’s hear again from Mr. Chung. 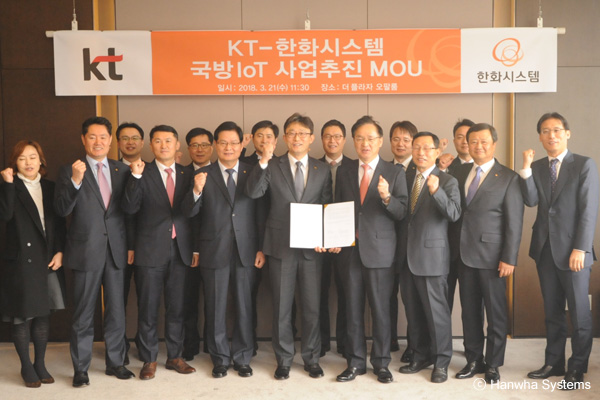 If dronebots are integrated into the military operating system, they will certainly play a big role at battalion level and below.

If the dronebots are completely applied to the six warfare elements, I believe the army will be able to maximize its combat power by using both manned and unmanned drones, although the number of troops may be reduced. The company will continue to develop all necessary technologies to achieve that goal. The Fourth Industrial Revolution has become a buzzword in Korean society. Hanwha Systems is not a developer of weapons themselves, such as tanks, armored vehicles, combat airplanes and warships. Rather, it is devoted to the research of high-tech defense electronics to be embedded in those weapons systems. In addition to the existing defense electronic technologies, we’re also developing technologies related to the Fourth Industrial Revolution, including the Internet of Things or IoT for the defense area and the AI big data platform. In doing so, we’re contributing to building innovative and futuristic defense systems. Another strong point of the company is cyber security or prevention of hacking. We’re also researching ways of fending off cyber attacks to operate defense electronic systems safely.

All-in-one helmets capable of receiving information obtained by reconnaissance drones, bullets flying like missiles, bulletproof suits, wearable robots that improve the muscular strength of the lower body could all be a common place in the South Korean army by the year 2026. Armed with IT-based high-tech defense electronic solutions, Hanwha Systems will be responsible for the future warfare environment centering on the network. As a reliable guard of South Korea’s defense ministry, the company is supporting the nation’s defense reform drive with its outstanding technologies.
Twitter
Facebook
Go to Top