"Her House" by Park Wan-suh 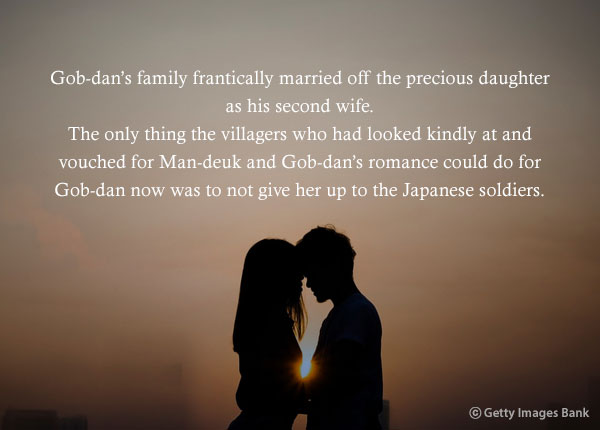 Park repetitively and consistently described the war and the painful memories associated with it. But her stories were not all about individual sorrows or the healing process. She wanted to tell us that this series of historical events, from the Japanese occupation of Korea to the division of the country, was violence that destroyed love, the most basic requisite for human beings.

The two families decided to marry them. But he adamantly refused to get married. He took her through the misty moonlit night of the early spring with the snow still remaining, until the rooster crowed at dawn, in an attempt to make Gob-dan understand how much he loved her even if others didn’t.

But even if he had spent a night at a watermill somewhere, Gob-dan’s parents and villagers would have trusted that Man-deuk’s hands couldn’t have dared to touch Gob-dan’s breasts.

It was that sort of time. It might have been the age of innocence or of stupidity, but that’s how we respected one another.

So, Man-deuk was drafted into the military and the two had to part.

Then another wave of terrible rumors began sweeping the village. Comfort women.

Gob-dan’s family frantically married off the precious daughter as his second wife.

The only thing the villagers who had looked kindly at and vouched for Man-deuk and Gob-dan’s romance could do for Gob-dan now was to not give her up to the Japanese soldiers.

Gob-dan’s hometown was just south of the 38th parallel line and all access to Sinuiju in the north was blocked, leaving Gob-dan with no way to come back home.

Entered Seoul National University’s Korean literature department in 1950 but dropped out because of the Korean War.

Her writing career began in 1970 when “The Naked Tree” won the long fiction award sponsored by a women’s magazine.

Won the Korean National Literature Award in 1980, the Yi Sang Literary Award in 1981, and more.