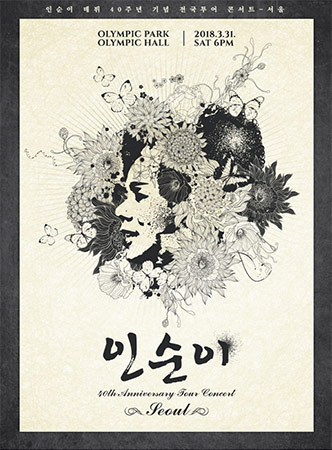 Insooni is regarded as one of the most famous ‘legendary’ female singers in Korea, often dubbed the “Queen of Soul” or “R&B Diva.” The singer will be celebrating the 40th anniversary of her debut with a nationwide tour with a Seoul concert on March 31. Widely known as a first-generation diva, Insooni has experimented with various genres, from pop, ballad, dance, disco, jazz and trot and is famous for her passionate and energetic stage performances.
Twitter
Facebook
Go to Top