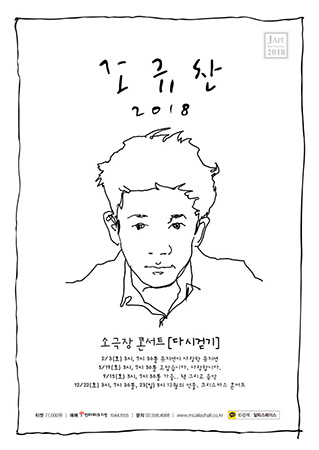 Debuting in 1989 with his Gold Prize win at the 1st Yoo Jae-ha Music Competition, Jo Kyu-chan is celebrating 30 years as a singer this year. Jo has promised to go back to his roots to think back on his past and look forward to the future through a series of small stage concerts this year titled “Walking Again.” On May 19, the “Walking Again” concert will be held under the theme “The Woman Writing Lyrics, the Man Writing Songs” and will feature Jo’s wife and musical actress Hey. Jo’s fans can look forward to a big surprise as the singer will be releasing a new song at each concert in the series.
Twitter
Facebook
Go to Top