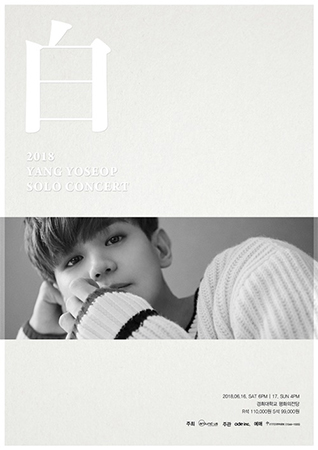 Highlight’s vocalist Yang Yoseob will be holding a solo concert from June 16-17 at Kyunghee University’s Grand Peace Hall. Titled, “White,” it will be the singer’s first solo concert since his debut in 2009. In February this year, Yoseob released the solo album with the same title and he will perform the tracks in his latest album at concert.
Twitter
Facebook
Go to Top