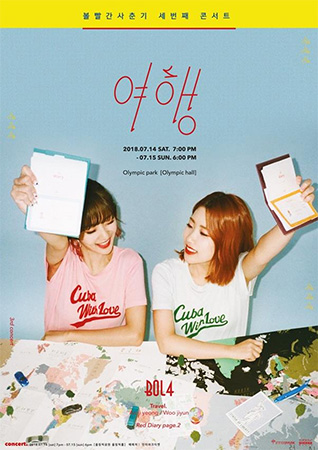 Bolbbalgan4 will be holding a concert titled “Travel” at Olympic Hall in Olympic Park, southern Seoul on July 14 and 15. It will be the duo’s first standalone concert in seven months. The concert comes on the heels of the group’s latest release “Red Diary Page. 2” which dropped on May 24. Debuting in 2016 with their first EP “Red Ickle,” the duo has become popular with hits like “Galaxy, “Hard to Love” and “Tell Me You Love Me.”
Twitter
Facebook
Go to Top