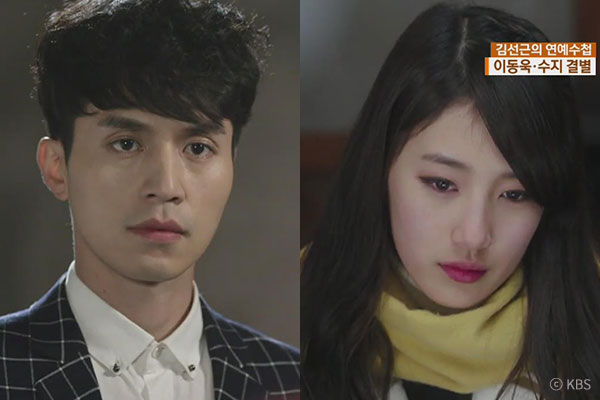 Actor Lee Dong-wook and actor-singer Bae Suzy have ended their relationship after four months of dating.

According to sources, the break-up is due to the two stars’ busy schedules which naturally led to them becoming distant.

The two were confirmed to be dating in March, 2018. At the time, Lee’s management said the two met and had become close through private gatherings.

Lee rose to stardom across Asia through “Guardian: The Lonely and Great God,” while Suzy debuted as a member of missA in 2010. She has branched out into acting, becoming the nation’s “first love” through the film “Architecture 101” in 2012.