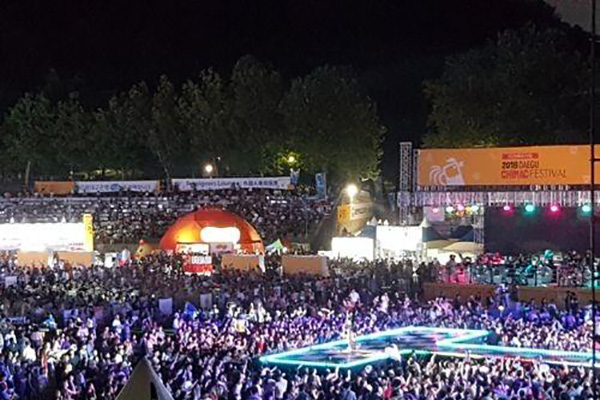 Thousands of foreign tourists are expected at a chicken and beer festival in the southeast city of Daegu this week.

According to city tourism authorities, some two-thousand visitors from Asia, Oceania, Europe and other parts of the world will participate in the festival between Wednesday and Sunday.

Attractions, in addition to chicken and beer, include a "chi-maek" train, a specially arranged rail vehicle that connects Seoul and Daegu on Wednesday, Friday and Saturday.

Chi-maek is the Korean phrase for chicken and beer, an immensely popular food combination throughout the country.

A city official says it is hoped that the festival will help boost the regional economy and the city’s tourism industry.