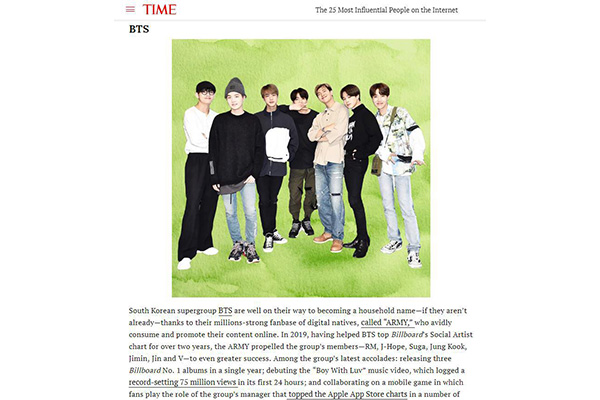 South Korean boy band BTS has been selected as one of Time magazine’s 25 most influential figures on the internet for the third consecutive year.

Time said the seven-member group is “becoming a household name” thanks to their millions of fans around the world, called ARMY, and their active online consumption and promotion activities.

Among some of the group's achievements listed, the magazine mentioned that a mobile game in which users become the virtual manager of the group was a best-selling application on Apple's App Store in some countries.