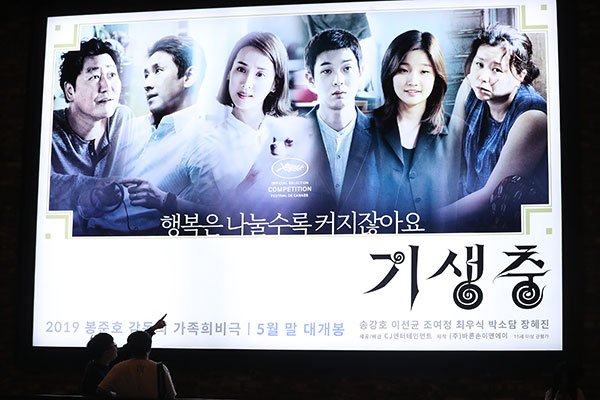 According to data from the Korean Film Council on Monday, the dark comedy-thriller surpassed the threshold as of midnight Sunday, becoming the 26th film to do so in history and the fourth just this year.

"Parasite" reached the milestone after 53 days in theaters. It's also Bong’s second film to attract more than ten million moviegoers following “The Host” in 2006.

The director called the achievement a surprise as he was not expecting such a high turnout, and said he is extremely grateful to all those who have gone to see his latest film.

The three other movies that reached the benchmark this year are “Extreme Job,” “Avengers: End Game” and “Aladdin.” This is the first time ever that four different movies have each attracted ten million or more moviegoers in the same year.