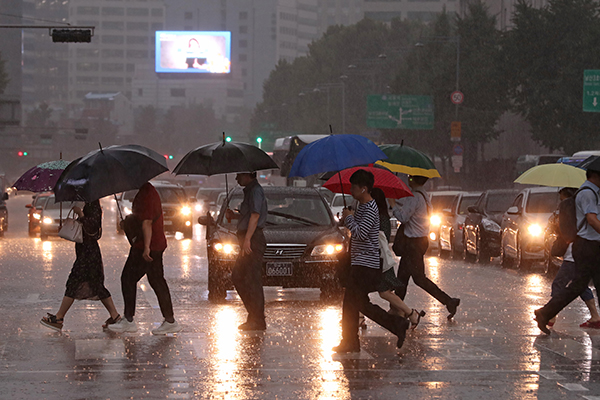 Heavy rain advisories have been upgraded to warnings in the capital region as large swaths of the country are seeing torrential downpours.

The weather agency called for caution in these areas as heavy rainfall is accompanied by thunder and lightning.

The KMA expects rains to continue until Sunday, with up to 300 millimeters expected in some central regions and as much as 120 millimeters forecast for Gangwon Province, North Jeolla Province and parts of North Gyeongsang Province.

The weather agency said there could be as much as 50 millimeters of rain or more per hour, calling for preparation to avoid damage from flooding.