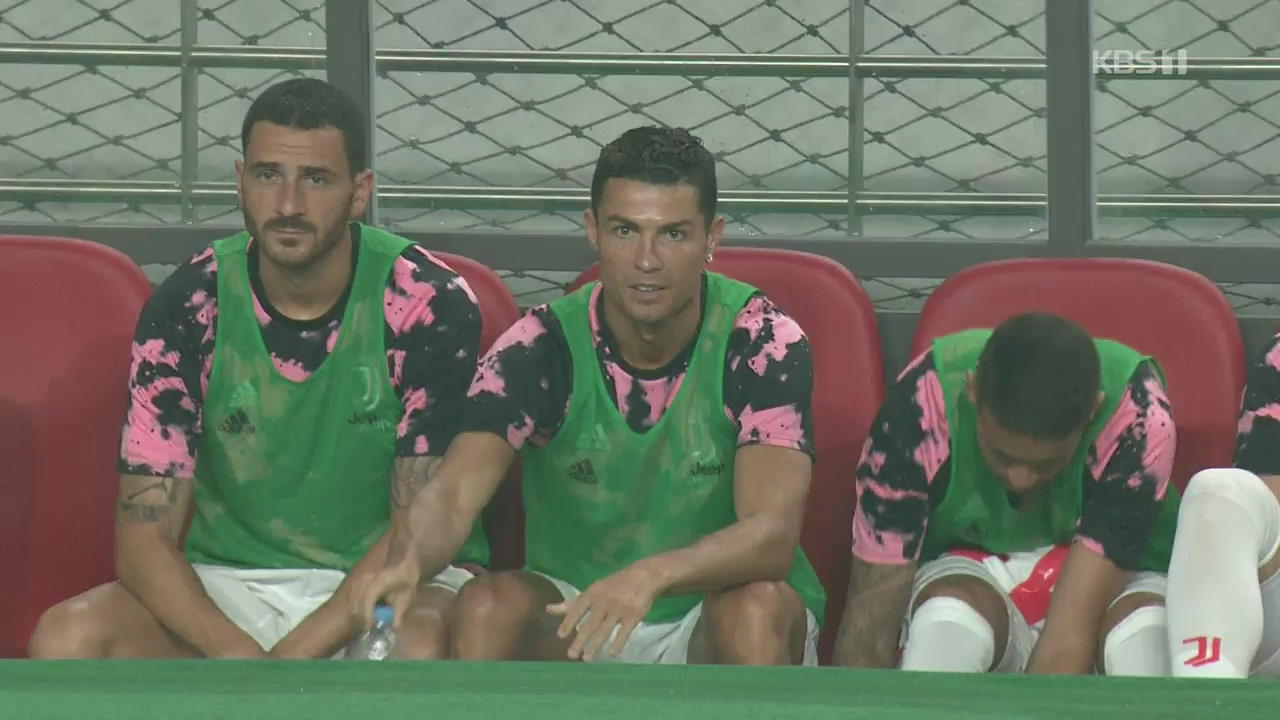 Italy's Juventus Football Club took on an All-Stars team of South Korea's K League in a friendly match held in Seoul Friday evening that ended in a 3-3 draw.

Despite the sweltering heat and the game starting an hour late because the Juventus players's flight was delayed, 60-thousand spectators filled up the Seoul World Cup Stadium.

Korea's All-Stars K League Team was put together through voting by fans.

However, the Italian champions' biggest star Cristiano Ronaldo, whom for many fans would have been the reason for coming out, watched the entire game from the bench.

Some fans unsatisfied with his absence chanted his name and even started leaving the stadium during the second half. When the final whistle blew, the crowd booed.

The last time Ronaldo visited Korea was 12 years ago.