Monsoon Rains Expected in Most Parts of Nation 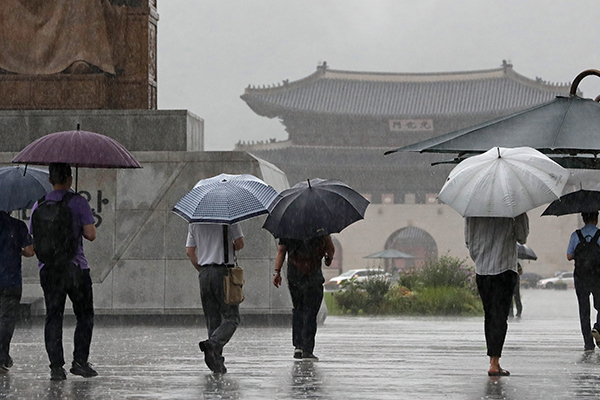 Most parts of the nation are expected to see monsoon rains on Sunday.

Hot weather is expected for Gyeongsang and other southern provinces; Chungcheong Province and coastal areas in the East Sea will also be affected as the mercury is likely to rise above 31 degrees Celsius.

The weather agency said southern provinces and coastal areas in the East Sea will see tropical nights as overnight temperatures are expected to hover above 25 degrees Celsius.