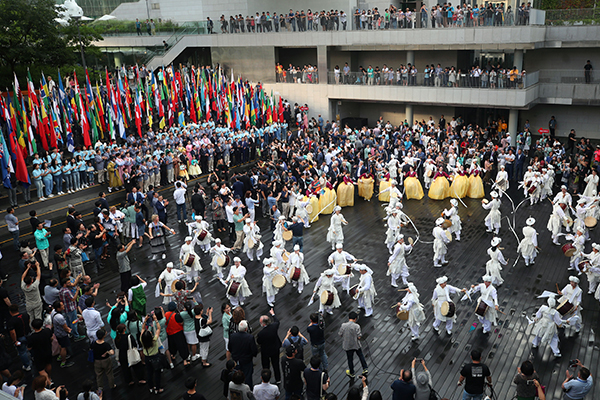 The 2019 World Aquatics Championships ended on Sunday after a closing ceremony.

With a record two-thousand-538 athletes from 194 countries participating, the 18th FINA World Championships in Gwangju was the largest in the event's history, which began in 1973.

Over the past 17 days from July 12, the athletes competed in swimming, diving, water polo, artistic swimming, open water swimming and high diving.

Host South Korea had its largest delegation at the world championships, with 82 athletes competing in every discipline except for high diving, but they ended up winning just one medal, a bronze by Kim Su-ji in the women's one meter springboard diving.

The next world championships will be held in Fukuoka, Japan in 2021.