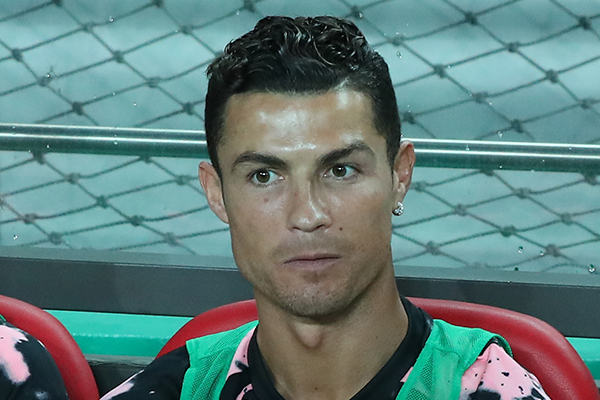 Anchor: ​Many South Korean football fans idolize Portuguese footballer Cristiano Ronaldo and refer to him as "big brother," to show their affection for the star player. But his recent no-show at a highly-anticipated exhibition match in Seoul has left them disappointed and demanding their money back.
Celina Yoon has more.

Report: Local football fans were eagerly awaiting Juventus' visit to Seoul for an exhibition match against the South Korean league All-Stars on July 26.

They were excited for the chance to see the Italian champions' superstar Cristiano Ronaldo take the field.

All 65-thousand tickets sold out in two hours, with the S-class seats, which offer the best view, priced as high as 400-thousand won, or about 340 U.S. dollars.

Many spent the money as they believed Ronaldo would play at least 45 minutes of the game, based on the contract TheFasta, the event's organizer, had signed with Juventus.

According to online postings by fans, a woman in Busan bought tickets to take her brother, who has been fighting a serious disease for years, while a mother wrote she decided to buy tickets despite her tight financial situation because it was her daughter's dream to become a football player.

The high-profile event, however, got off to a rocky start, as it was delayed for nearly an hour due to the late arrival of the Juventus players, while the fans waited quietly.

Once the match kicked off, Ronaldo never left the bench. Juventus explained that the superstar did not play because he wasn't in the right physical condition.

The organizer, however, argued after the game that the contract signed with the club stipulated that Ronaldo would play at least one half.

Fans who felt cheated became even more angry after Ronaldo posted on his social media a video clip of himself on a treadmill, saying "Nice to be back home."

Some angry South Korean fans who went to the game are preparing a lawsuit against the organizer.
Celina Yoon, KBS World Radio News.