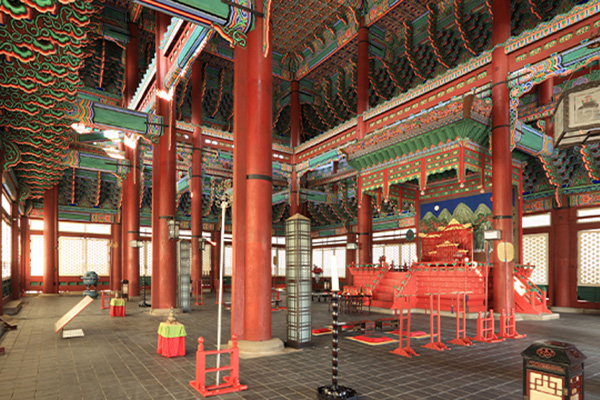 The inside of Geunjeongjeon, the main throne hall of Seoul's Gyeongbok Palace, will soon be open to the public for the first time.

The Cultural Heritage Administration announced on Wednesday that the interior of Geunjeongjeon, which is listed as national treasure No. 223, will be open to the public for a month starting from August 21 from Wednesday to Saturday.

The hall will open twice on those days and allow 20 people at a time for viewing. Visitation is free, and available to those 13 and older.

Visitors will be provided with a guide who will explain the function of Geunjeongjeon as well as the significance of the interior designs.

During Korea's Joseon Dynasty, Geunjeongjeon was used for important ceremonies, including coronations and receptions for foreign envoys.

The wooden hall was built in 1395 but was burned down during the Japanese invasion of 1592. It was then reconstructed in 1867.