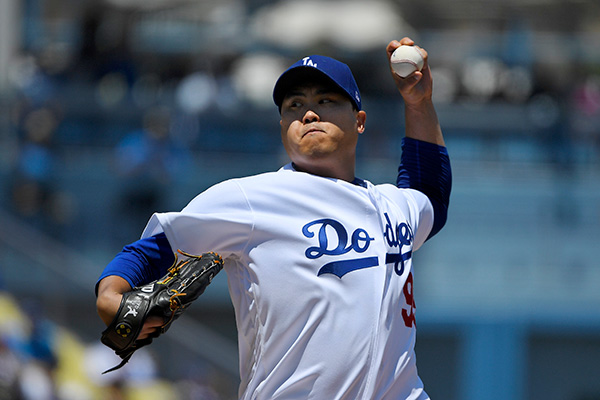 Los Angeles Dodgers' pitcher Ryu Hyun-jin on Sunday picked up his 12th win of the season.

The left-hander came off the injured list to allow five hits in seven scoreless innings in a 9-3 victory over the Arizona Diamondbacks at Dodger Stadium in Los Angeles.

Ryu improved to 12-2 while lowering his major league-best ERA from one-point-53 to one-point-45.

With the win, Ryu secured a combined 150 wins in the U.S. and South Korea, 13 years after he joined the Korea Baseball Organization in 2006.