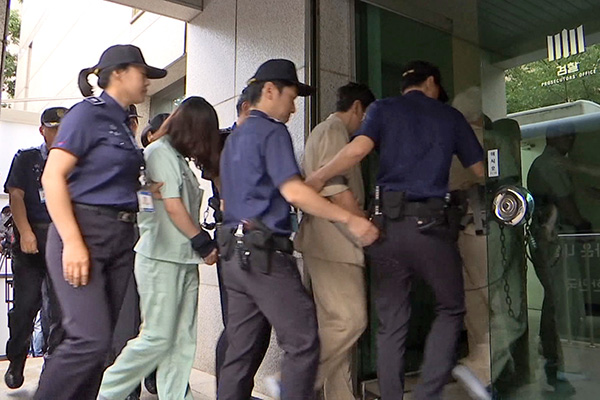 The first formal trial for a South Korean woman accused of murdering her ex-husband in May was held.

Arriving at the Jeju District Court on Monday, the defendant Koh Yoo-jung tried to hide her face with her hair while getting out of a vehicle. She last appeared before the media two months ago when her case was referred to the prosecution.

A long line was formed outside the court as people waited to receive tickets to view the trial.

During her trial, Koh was represented by a lawyer who was newly appointed just three days ago.

Prosecutors gave details of her indictment and that she meticulously planned the murder citing her online searches and preparation of the weapon before the alleged crime.

Her lawyer acknowledged the murder and the dismemberment of the body but claimed it was an accident as she defended herself against her ex-husband's attempt to sexually assault her.

Koh's next hearing is scheduled for September second at 2 p.m.