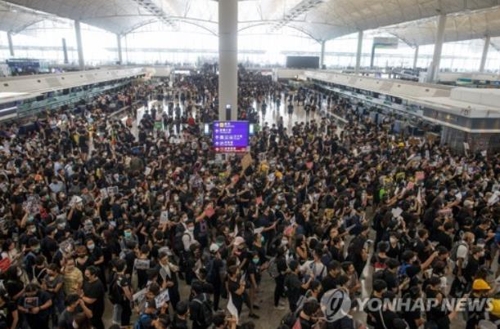 In the wake of pro-democracy demonstrations in Hong Kong that have grown increasingly violent, China is reportedly considering dispatching mainland military forces to quell the protests.

According to sources in Beijing on Tuesday, the possible military intervention is being discussed at the annual clandestine gathering of China's top Communist Party leaders and retired elder statesmen at the northeastern Beidaihe seaside resort that started earlier this month.

Amid rising concerns the prolonged crisis in Hong Kong could threaten Chinese President Xi Jinping's status and the position of the party leadership, Beijing has taken a more resolute stance regarding the situation in the city.

Yang Guang, a spokesperson for the Chinese State Council's Hong Kong and Macau Affairs Office, had called recent attacks targeting police "terrorism," adding "violent crimes must be resolutely cracked down in accordance with the law, without hesitation or mercy."

While U.S. officials and lawmakers continue to voice concerns over the future of Hong Kong's autonomy, Beijing is accusing Washington of backing anti-government protesters and urging it to "stop interfering in China's internal affairs."