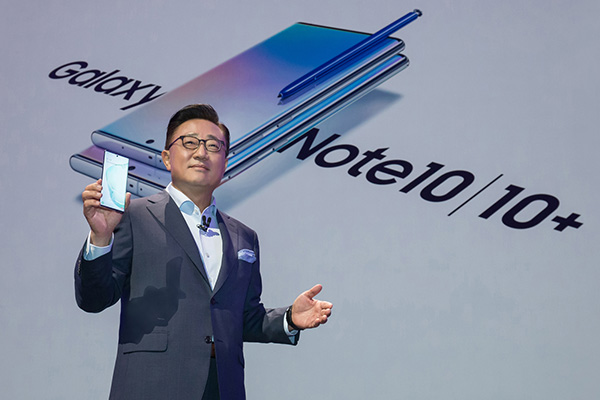 Samsung Electronics commanded its largest share of Europe's smartphone market in five years in the April to June period.

According to market analyst firm Canalys on Tuesday, Samsung rocketed to an over 40 percent market share in Europe in the second quarter, as it shipped 18-point-three million smartphones.

Samsung's market share in Europe was up 20 percent on-year.

The report said Samsung Electronics brought a blitz of competitive new devices to the European market and was also quick to capitalize on Huawei's problems with the U.S., working behind the scenes in Europe to position itself as a stable alternative to the Chinese tech giant.