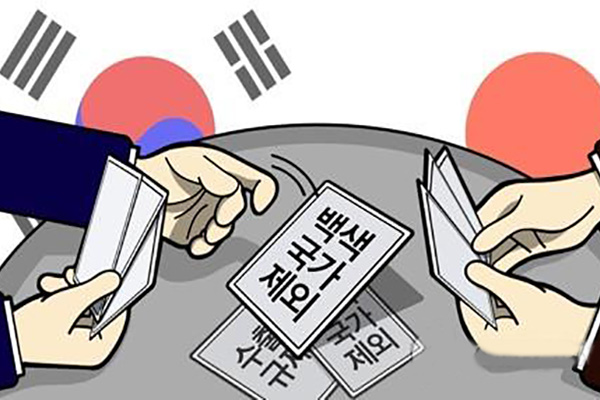 Kyodo News quoted the official on Monday shortly after South Korea announced it was to exclude Japan from its shortlist of nations that enjoy preferential export clearance in response to Tokyo's removal of Seoul from its own trade "whitelist" ten days earlier.

However, as for the measures’ impact on Japanese firms, Kyodo reports that Japan's Ministry of Economy, Trade and Industry thinks it will be limited.

The Yomiuri Shimbun echoed the same view, saying most of South Korea’s export items to Japan, such as petrochemical, steel and machinery, are easy to import from other countries.

The Nihon Keizai Shimbun also said Japan’s dependence on South Korean products is low overall. It said the semiconductor market, in which South Korean firms have a high share in Japan, is likely to be excluded from the Seoul’s “whitelist” and will therefore limit the potential impact on Japan's economy.