Use of Self-Service Check-Ins Rises at S. Korean Airports 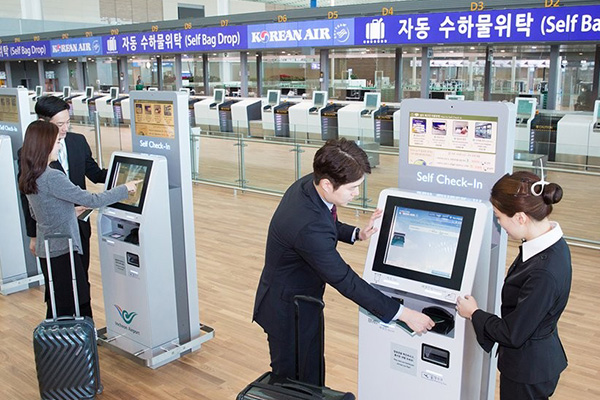 The number of international flight passengers using self-service check-ins at South Korean airports is on the rise.

According to Korean Air on Monday, 62 percent of passengers who boarded their international flights from South Korea between July 19th and August 7th used the convenient check-in service via a kiosk or smarpthone. It marks an increase of 11 percentage points from the same period last year.

In addition, 19-point-four percent of all self-service check-ins in the January-July period were made through smartphones.