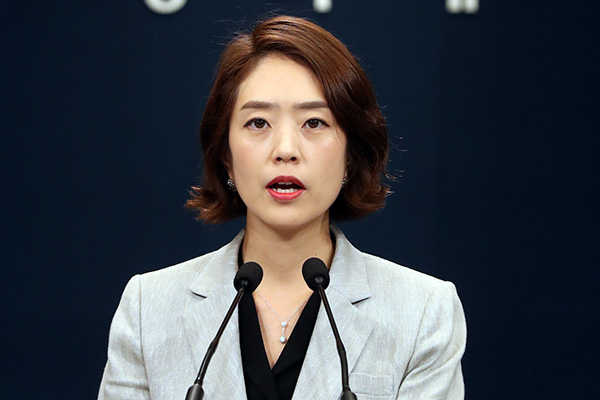 South Korea’s presidential office has denied it's considering curbing exports of DRAM chips to Japan in response to Tokyo’s trade restrictions on the country.

Presidential Spokeswoman Ko Min-jung met reporters on Tuesday to clear the “misunderstanding” over a remark by a deputy security adviser to President Moon Jae-in.

Speaking on a local radio program earlier in the day, Kim Hyun-chong, the deputy chief of South Korea's National Security Office, said if Japan's export curbs forced the suspension of their DRAM supplies for two months, it would cause the global production of smartphones to contract by 230 million units.

The spokeswoman said Kim did not mean Seoul will use DRAM as leverage against Tokyo but tried to explain the potential chain reaction Tokyo’s trade restrictions could have on the global supply chain.