US Official: US Concerned by N. Korea Missile Development 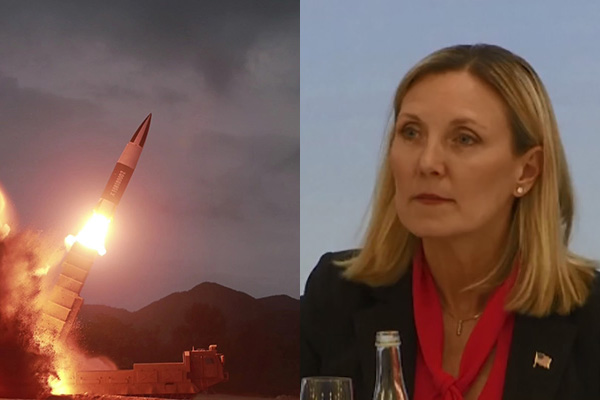 A senior U.S. official said on Tuesday that the United States is concerned by North Korea's missile development and will continue to call out the regime for its missile tests.

Andrea Thompson, under secretary of state for arms control and international security, made the comment to reporters during a teleconference when asked about the North's recent missile launches.

Thompson said that the U.S. continues to work with partners and allies as they uphold the UN Security Council sanctions, working hand in hand to ensure that that pressure campaign remains firm with North Korea.

The official added that the U.S. will continue to engage in dialogue with North Korea and hopes North Korean leader Kim Jong-un delivers on his commitment to denuclearize.

She said the U.S. has faith and confidence that President Donald Trump and Chairman Kim will engage again, although she didn't have a date for the resumption of talks.