Trump Presses Seoul to Pay More for US Troops 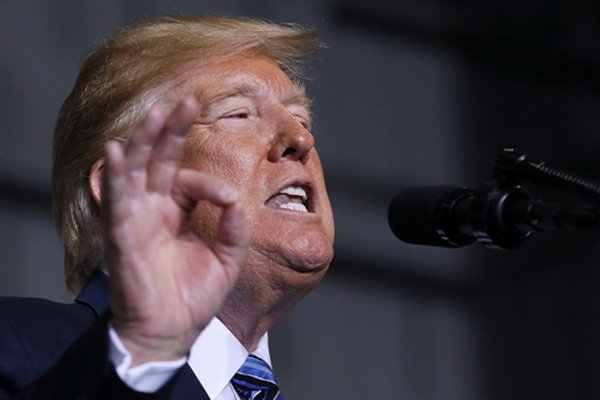 Anchor: U.S. President Donald Trump expressed discontent over allies, saying that they take advantage of his country more than enemies, specifically noting the U.S.’ protection of South Korea.
Kim Bum-soo has the details.

Report: U.S. President Donald Trump is again implying that South Korea needs to up its contribution to the cost of stationing U.S. troops on the peninsula.

[Sound bite: US President Donald Trump]
"And frankly, the countries that we do the worst with are the allies, our allies. Does that make sense to you? Our allies take advantage of us far greater than our enemies."

In a speech at the Pennsylvania Petrochemicals Complex on Tuesday, Trump cited South Korea as an example where the U.S. has helped other countries at the expense of its domestic problems.

[Sound bite: US President Donald Trump]
"After years of building up foreign countries, we are finally building up our country. Think of it, we protect the border of South Korea, but we don't protect our own border."

He also directed criticisms at Japan.

[Sound bite: US President Donald Trump]
“They send thousands and thousands — millions — of cars.  We send them wheat. Wheat.  (Laughter.)  That’s not a good deal. And they don’t even want our wheat.  They do it because they want us to at least feel that we’re okay.  You know, they do it to make us feel good."

Trump has been pushing for Seoul to pay more for the cost of stationing 28-thousand-500 American troops in South Korea.

Ahead of upcoming negotiations on the matter, Trump previously claimed that talks to increase South Korea's contribution have begun and that Seoul "has agreed to pay substantially more money."