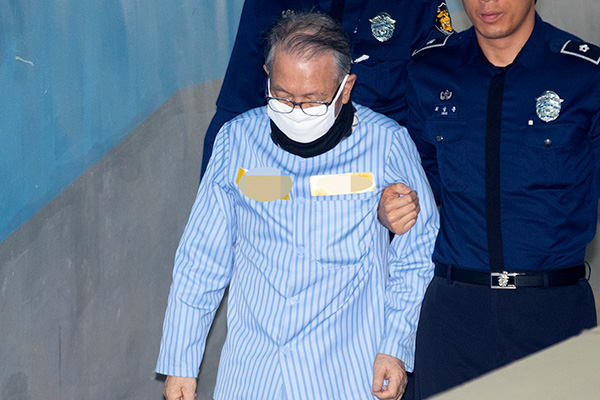 A former presidential chief of staff was given a suspended prison sentence for manipulating documents submitted to the National Assembly regarding the Sewol ferry sinking in 2014.

The Seoul Central District Court on Wednesday sentenced Kim Ki-choon, an aide to former President Park Geun-hye, to one year in prison, suspended for two years on charges of falsifying public documents about when Park was first informed about the maritime disaster.

Stating it's doubtful that Park was briefed on the incident in real time, the court found Kim guilty of attempting to conceal this fact by falsely informing parliament that she received a total of eleven reports and was fully aware of what was going on at the time.

Kim's sentence was suspended considering his old age, poor health and the prison time he already served for different charges linked to the massive corruption scandal that mired the Park administration and eventually led to her ouster.

The sinking of the ill-fated ferry on April 16, 2014 claimed 304 lives, most of them high school students on a trip to Jeju Island.