'Druking' Sentenced to 3 Yrs in Prison at Appeals Trial 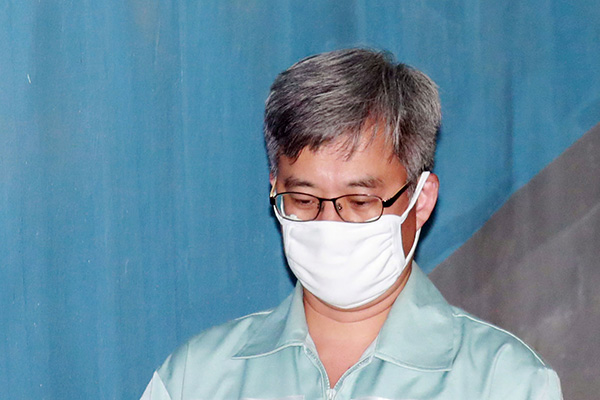 A central figure in an online opinion rigging campaign ahead of South Korea's 2017 presidential election has received a prison term in an appellate trial.

The Seoul High Court on Wednesday sentenced power blogger Kim Dong-won, better known by his online alias “druking,” to three years behind bars for fabricating online opinions and offering bribes in favor of the now-ruling Democratic Party. He was initially given a three-and-a-half year sentence by a lower court in January.

In its ruling, the appeals court said the accused distorted the political decision-making process, noting that online opinions have enormous influence on shaping public opinion in modern society. It also said Kim and his accomplices demanded public positions in return for their work, adding that the act amounts to a “very bad crime.”

The high court also upheld a decision to sentence Kim to six months in prison, suspended for one year, for delivering 50 million won in illicit funds to the late lawmaker Roh Hoe-chan.