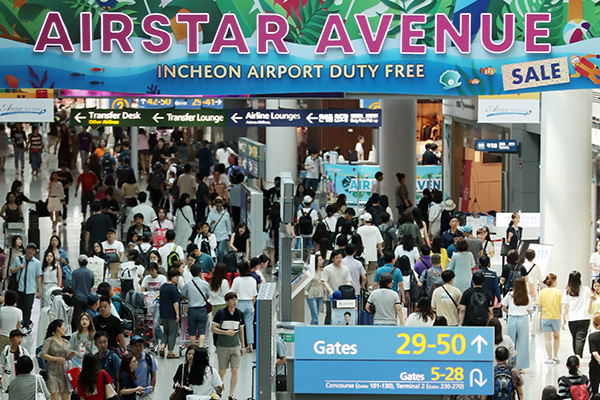 The cumulative number of passengers using Incheon International Airport has surpassed 700 million in less than 20 years since its opening.

Incheon International Airport Corporation congratulated and rewarded its 700 millionth customer, Kwon Sun-beom, who arrived at the country’s main gateway on an Asiana Airlines flight from Bangkok at 9 a.m. on Wednesday.

The feat comes 18 years and five months after the airport was opened and 17 months after it reached the 700 million milestone for number of passengers.

Last year, the airport accommodated a record high international passengers at 67-point-68 million, up 10 percent from a year earlier, becoming the world’s fifth largest airport in that capacity.