Finance Minister: 2020 Budget to Have At Least 2 Trillion Won to Foster Component Industry 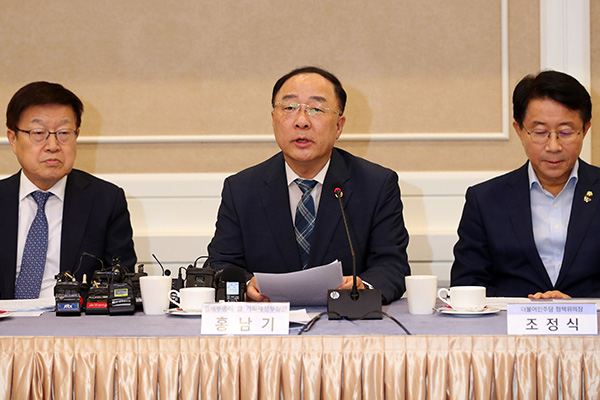 Hong announced the plan in a media briefing on Wednesday following a joint public-private meeting to discuss Tokyo's trade restrictions on Seoul.

The government previously announced that it would add at least one trillion won into the national budget for those purposes. The minister said the government is seeking more stable funds for related projects in order not to repeat past failures with similar plans.

Next year’s budget plan will be submitted to the parliament early next month, while Hong noted that a final plan will be drafted by next week.