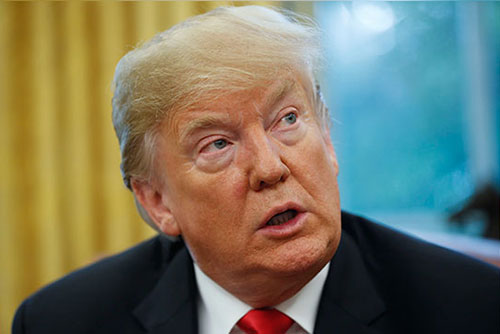 The New York Times says the Trump administration’s nonintervention policy in Asia is sapping the United States of its regional influence.

The daily made the diagnosis Tuesday, saying the U.S. government is “staying on the sidelines” whether be it the trade spat between South Korea and Japan, the pro-democracy protests in Hong Kong or conflicts surrounding the disputed region of Kashmir.

Analysts quoted by the paper said they are among “the clearest signs yet of the erosion of American power and global influence” under President Trump’s “‘America First’ idea of disengagement.”

The NYT said the attitude also encourages U.S. allies in the region to “ignore” requests for restraint or to seek diplomatic solutions, citing South Korea’s tit-for-tat trade measure over Japan’s trade restrictions as just one example.

Jean Lee, a Korea expert at the Wilson Center, said “the more these nations feel the U.S. is an unreliable partner, the more they will feel compelled to defend themselves,” citing growing calls in South Korea for the country to develop its own nuclear weapons.