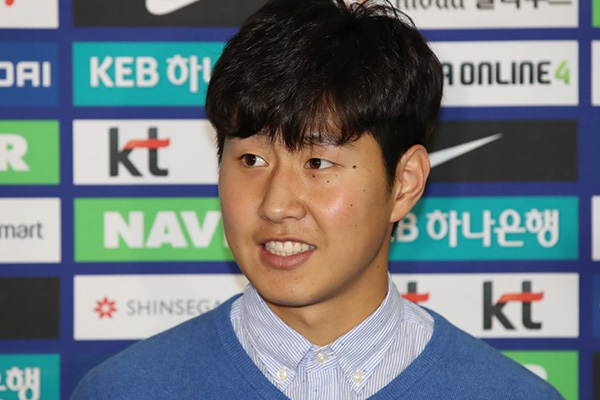 South Korean footballer Lee Kang-in of Valencia CF in Spain has made a list of 60 candidates for the Golden Boy 2019 award, given to the best players in Europe under the age of 21.

Italian sports newspaper Tuttosport, the host of the award, revealed on Thursday that 60 candidates are still in the running, including players such as Matthijs de Ligt, Vinicius, Joao Felix and Rodrygo.

Previously, 80 candidates were on the list and based on voting by European media outlets, it will be further cut down by 20 each month until the final 20 candidates are announced in October.

Lee, who became the first South Korean to win the Golden Ball award at the 2019 FIFA U-20 World Cup, is the only Asian player to have made the latest cut.

De Ligt was last year's Golden Boy, and he could claim victory again after a stellar season with Ajax and a headline-making move to Juventus.