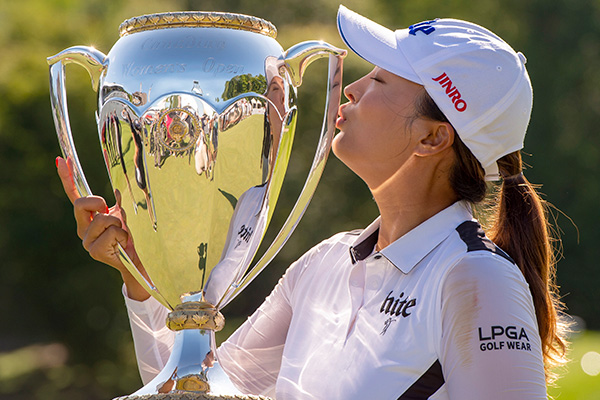 World number one golfer Ko Jin-young of South Korea has captured the CP Women's Open in Canada for her fourth LPGA win of the year.

Ko shot eight-under-64 in the final round on Sunday at Magna Golf Club north of Toronto.

After a flawless performance in the bogey-free round, Ko finished at 26-under 262, beating Denmark's Nicole Broch Larsen by five strokes.

Ko is the only player with four victories this season and is the first four-time winner since Lydia Ko in 2016.