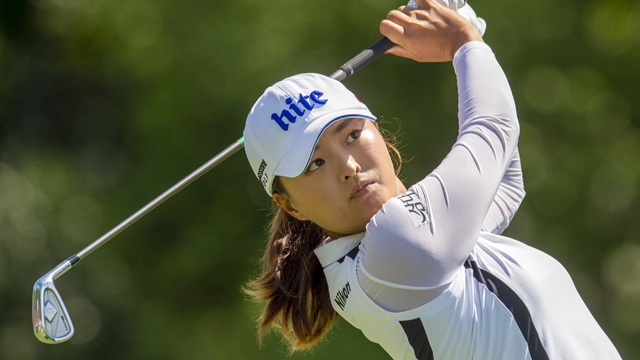 World number one female golfer Ko Jin-young of South Korea has broken the record for number of consecutive bogey-free holes, with 114.

Ko's record stretch, which ended during the opening round of the Portland Classic in Oregon on Thursday, broke male golfer Tiger Woods's record of 110 in a renowned 2000 season.

Ko had not dropped a shot since the second hole of the third round of the Women's British Open earlier this month, where she finished third.

The 24-year-old is currently the No. 1 ranked female golfer in the world. She has four victories so far this season, including two majors: the Evian and the ANA Inspiration.