S. Korean Tennis Player Chung Hyeon Advances to Third Round at US Open 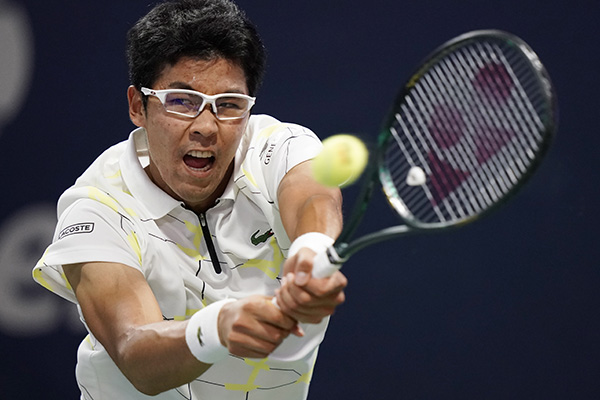 South Korean tennis player Chung Hyeon advanced to the third round at the U.S. Open after a dramatic come-from-behind victory.

Chung rallied from a four-to-one deficit in the fifth set and saved a match point to force a tiebreak.

He then charged out to a five-nil lead before finishing off Verdasco seven-to-three in a match that lasted three hours and 21 minutes.

This is the third time Chung has reached at least the third round at a Grand Slam tournament, after the 2017 French Open and the 2018 Australian Open.