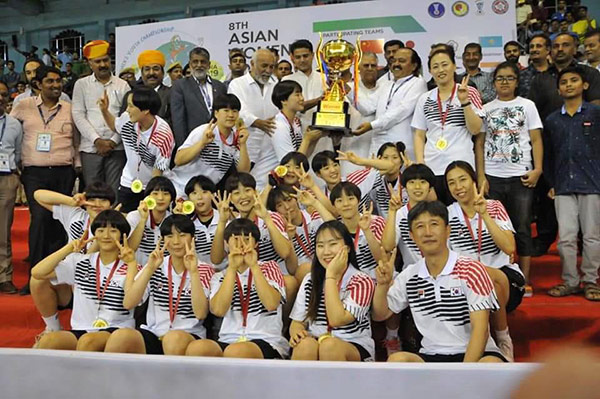 South Korea has won the Asian Women's Youth Handball Championship in India for the eighth time in a row.

Team Korea comfortably beat China 32 to 14 in the final on Friday in Jaipur, the capital of the state of Rajasthan.

The biennial championship was launched in 2005 and South Korea has since clinched the title on every single occasion.

The Taeguk Warriors ended the first half leading by ten goals and further widened the difference in the second half.

With the win, Korea also secured a ticket to compete in the 2020 Women's Junior World Handball Championship in China.