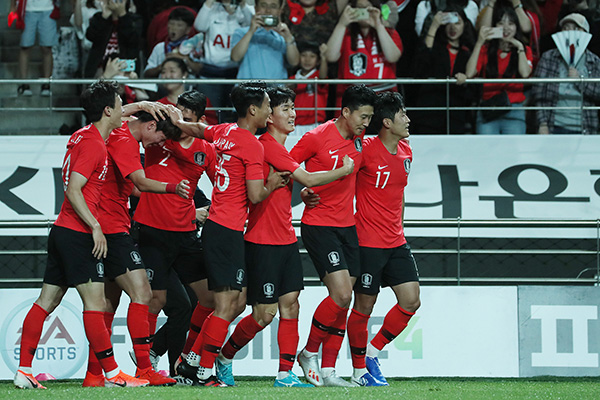 Talks have started between the two Koreas through the Asian Football Confederation(AFC) about a World Cup qualifier set to take place in Pyongyang in October.

South Korea's Unification Ministry spokesperon Lee Sang-min said on Monday that the Korean Football Association(KFA) is discussing details regarding players and broadcasting with its North Korean counterpart through the AFC.

Lee said the KFA sent its ideas and is waiting for a response from the North.

Last month, North Korea notified the AFC it would host the match at Pyongyang's Kim Il-sung Stadium on October 15, after the two Koreas were placed in the same group for the second round of the 2022 FIFA World Cup qualification.

Although the two Koreas played a friendly game at Pyongyang's May Day Stadium in 1990, it will mark the first time for them to play a World Cup qualifier in the North Korean capital.

The October match will come in the wake of a near impasse in inter-Korean exchanges largely due to the stalled denuclearization negotiations between Washington and Pyongyang.