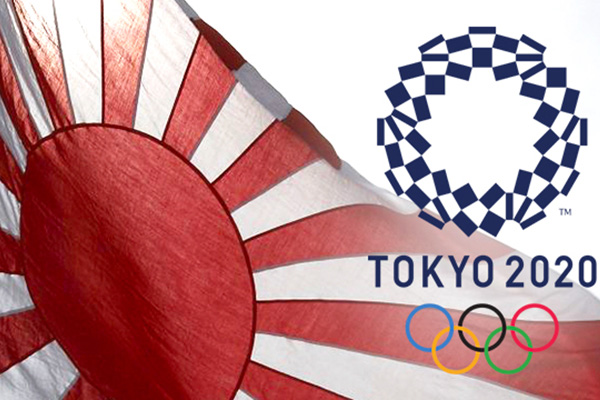 Anchor: Tokyo’s 2020 Summer Olympics organizing committee has reportedly said it will not ban spectators from waiving or depicting the Rising Sun flag at the event, despite it being seen by many as a painful symbol of Japanese imperialism.
Park Jong-hong has the details.

Report: The Rising Sun flag of Imperial Japan will likely be observable at next year’s 2020 Summer Olympic Games in Tokyo, as organizers have upheld spectators' right to display it.

On Wednesday, the Sankei Shimbun daily reported that the Tokyo Organizing Committee of the Olympic and Paralympic Games is not considering banning the flag next year.

The paper quoted the committee as saying that the flag and its depictions do not constitute political messaging, which would be a violation of the Olympic Charter.

The flag, which portrays a red sun with 16 rays extending out towards the edges, is for many the most infamous emblem of the horrors of wartime Japan.

The imperial standard is still used by the Japanese Maritime Self-Defense Force and can be seen on some commercial products.

Last week, South Korea's parliamentary committee for culture, sports and tourism approved a motion calling on Tokyo to ban the use of the Rising Sun flag in the run-up to and during the Olympics.

Seoul's Foreign Ministry has similarly expressed consternation at the use or depiction of the flag during the event.

In a press briefing on Tuesday, ministry spokesperson Kim In-chul said Japan is well aware that the Rising Sun flag is perceived as a symbol of its past militarism and imperialism by neighboring countries. He called on Tokyo to face its history with a humble attitude.

It is unclear, however, if Japanese decision makers are inclined to work with South Korea on the issue, as the two remain embroiled in an intensifying trade row stemming from other colonial-era disagreements.
Park Jong-hong, KBS World Radio News.