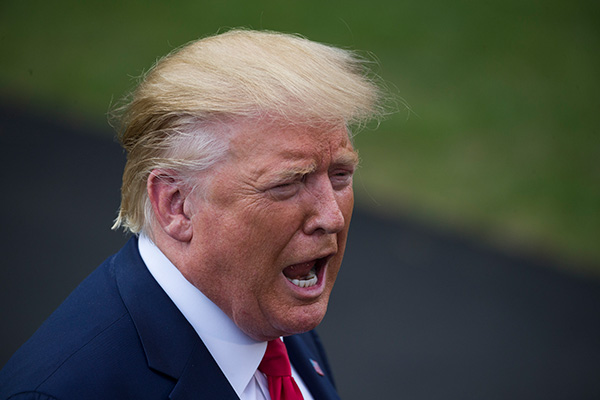 U.S. President Donald Trump said on Monday that meetings are “a good thing" and that he'll see what happens after North Korea offered to resume nuclear talks later this month.

Trump made the comment to reporters at the White House shortly after North Korean Vice Foreign Minister Choe Son-hui made the offer in a statement carried by the North's state media.

Before departing for a campaign rally in North Carolina, Trump said that he saw a statement was just put out having to do with North Korea and that it will be "interesting." He then said "we'll see what happens," adding having meetings is a good thing, not a bad thing.

Earlier on Monday, Choe said North Korea was willing to have "comprehensive discussions" with the U.S. on various issues in late September at a place to be decided.